More
HomeTrendingAmputation in a 31,000-year-old skeleton may be a sign of prehistoric medical...

Amputation in a 31,000-year-old skeleton may be a sign of prehistoric medical advances 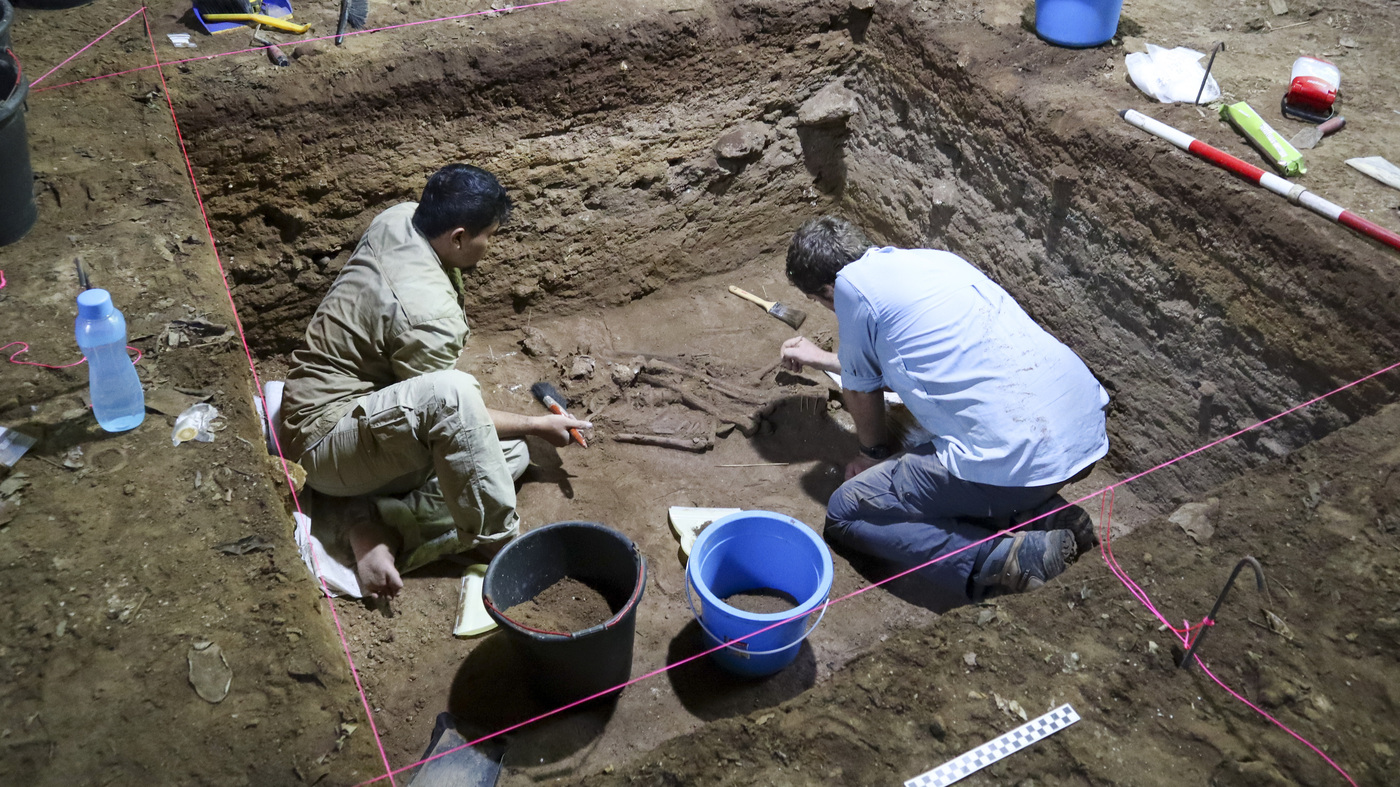 Dr. Tim Maloney and Andika Priyatno work at the site in a cave in East Kalimantan, Borneo, Indonesia, on March 2, 2020. The remains, which have been dated to 31,000 years old, mark the oldest evidence for amputation yet discovered.

Dr. Tim Maloney and Andika Priyatno work at the site in a cave in East Kalimantan, Borneo, Indonesia, on March 2, 2020. The remains, which have been dated to 31,000 years old, mark the oldest evidence for amputation yet discovered.

NEW YORK — The 31,000-year-old skeleton of a young adult found in a cave in Indonesia that is missing its left foot and part of its left leg reveal the oldest known evidence of an amputation, according to a new study.

Scientists say the amputation was performed when the person was a child — and that the “patient” went on to live for years as an amputee. The prehistoric surgery could show that humans were making medical advances much earlier than previously thought, according to the study published Wednesday in the journal Nature.

Researchers were exploring a cave in Borneo, in a rainforest region known for having some of the earliest rock art in the world, when they came across the grave, said Tim Maloney, an archaeologist at Griffith University in Australia and the study’s lead researcher.

Though much of the skeleton was intact, it was missing its left foot and the lower part of its left leg, he explained. After examining the remains, the researchers concluded the foot bones weren’t missing from the grave, or lost in an accident — they were carefully removed.

The person lived for years after losing the limb

The person appears to have lived for around six to nine more years after losing the limb, eventually dying from unknown causes as a young adult, researchers say.

The skeleton discovered in a cave in Indonesia could be evidence that humans were making medical advances much earlier than previously thought.

This shows that the prehistoric foragers knew enough about medicine to perform the surgery without fatal blood loss or infection, the authors concluded. Researchers don’t know what kind of tool was used to amputate the limb, or how infection was prevented — but they speculate that a sharp stone tool may have made the cut, and point out that some of the rich plant life in the region has medicinal properties.

Also, the community would have had to care for the child for years afterward, since surviving the rugged terrain as an amputee wouldn’t have been easy.

This early surgery “rewrites the history of human medical knowledge and developments,” Maloney said at a press briefing.

Before this find, the earliest example of amputation had been in a French farmer from 7,000 years ago, who had part of his forearm removed. Scientists had thought that advanced medical practices developed around 10,000 years ago, as humans settled down into agricultural societies, the study authors said.

But this study adds to growing evidence that humans started caring for each other’s health much earlier in their history, said Alecia Schrenk, an anthropologist at the University of Nevada, Las Vegas, who was not involved with the study.

“It had long been assumed healthcare is a newer invention,” Schrenk said in an email. “Research like this article demonstrates that prehistoric peoples were not just left to fend for themselves.”