More
HomeFollowing UpWhatever happened to the Indonesian rehab that didn't insist on abstinence?

Whatever happened to the Indonesian rehab that didn’t insist on abstinence? 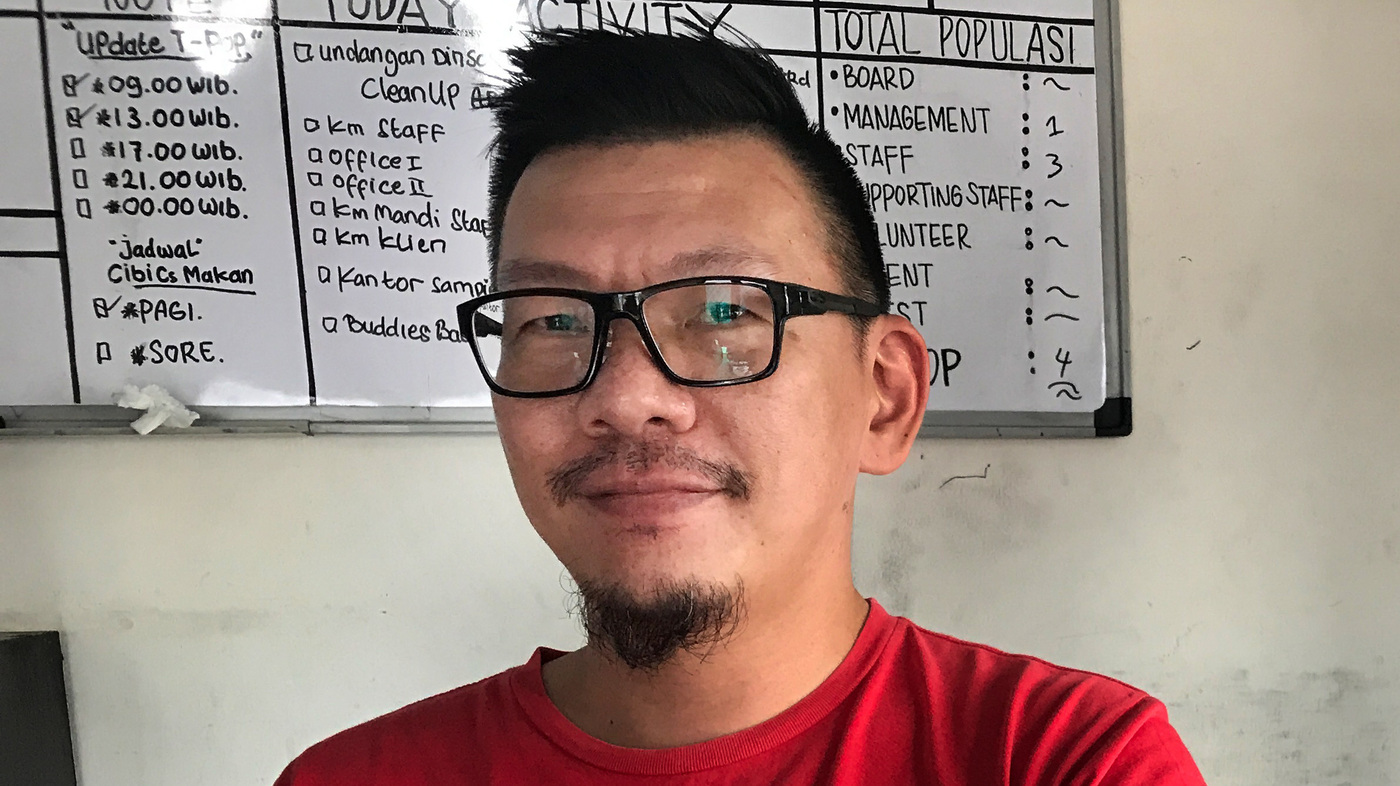 Previous articleA 1931 law criminalizing abortion in Michigan is unconstitutional, a judge rules
Next articleAmputation in a 31,000-year-old skeleton may be a sign of prehistoric medical advances
- ADVERTISEMENT -
Advertisements

Sam Nugraha, who himself was once addicted to heroin, started a rehab center in Indonesia with a different philosophy from those government dried up — but then a new opportunity opened up.

Sam Nugraha, who himself was once addicted to heroin, started a rehab center in Indonesia with a different philosophy from those government dried up — but then a new opportunity opened up.

Over the next week, we’ll be looking back at some of our favorite Goats and Soda stories to see “whatever happened to …”

In 2019 NPR profiled Sam Nugraha, who ran a rehab center about an hour south of the Indonesian capital in the mountain town of Bogor. During college Nugraha became addicted to heroin and started his recovery participating in Alcoholics Anonymous (AA) programs that emphasized sobriety. He later worked as a counselor at an AA-style rehab program. But when a former client died of an overdose, he started wondering “What if AA’s focus on abstinence isn’t right for everyone?” He ended up creating his own addiction treatment program and rehab center called Rumah Singgah PEKA or the “Stop-by House.” He worked to create a place where people who use drugs or alcohol didn’t feel ashamed about their addictions – or about relapsing – as long as they tell their counselors. We checked in with Nugraha to see what’s happened in the past three years.

Sam Nugraha’s rehab center has a motto, “When the whole world rejects you, stop by at Rumah Singgah.” But while you can still stop by Rumah Singgah, you can no longer stay.

At its peak Rummah Singgah employed more than a dozen staff and hosted about 33 live-in clients. All the center’s funding came through the Indonesian government. But in the last year the money stopped. Nugraha attributes this to changes in the way the government approaches drug treatment as well as disorganization following scandals at the Ministry of Social Affairs, the agency that funded his program. Last year an anti-graft court sentenced the former Minister of Social Affairs to 12 years in prison for taking bribes related to COVID-19 pandemic aid.

While Nugraha still provides some services like counseling with his own money – he sold his motorbike to help cover costs – he closed the live-in patient services last year because the center can no longer afford them.

But Nugraha is still working to expand addiction treatment in his country, because exactly two weeks after NPR’s original article came out in 2019, he got a LinkedIn message that changed his life.

Kim McCreanor is an Australian who lives with her husband in Bali, Indonesia. In spring 2019, McCreanor and her husband had just had lunch when her husband found himself on the NPR website.

“My husband, he happened to be going through the internet looking at articles and he’s like, ‘Oh my God, check this out! Read this about Sam!”

McCreanor is an executive officer for Smart Recovery International, a U.S.-founded nonprofit that helps people struggling with addiction.

Smart Recovery departs in key ways from AA and its 12-step program, says John Kelly, professor of psychiatry at Harvard Medical School and an unpaid adviser to Smart Recovery International. Kelly says Smart Recovery was started by psychologists specializing in addiction who recognized that a lot of people weren’t comfortable with AA’s references to God and putting faith in a higher power.

Like AA, which is abstinence-based, Kelly says that Smart Recovery started that way too but has evolved: “Now they’ve moved to advocating for abstinence, but if you have other goals, that’s perfectly acceptable too.”

When McCreanor read the NPR article about Nugraha, she realized that the philosophy of his rehab program, where patients aim to achieve goals they set for themselves, was similar to the Smart Recovery approach. “We’re not abstinence only, we’re very much: no stigma, no blame, no shame. And so I got in touch with him.”

For Nugraha, McCreanor’s LinkedIn message couldn’t have come at a better time because he was looking for new community support for the center: “It’s just like, ‘nothing is coincidence.'”

Not long after they got in touch, McCreanor arranged a scholarship that would pay for Nugraha and five of his staff to participate in a Smart Recovery training – and bring it to Rumah Singgah.

A different way of introducing yourself

For Nugraha’s clients, AA’s labeling often provokes malu, a word in the Indonesian language that can be translated a lot of ways but can sometimes mean shame or concealing your feelings. The fact you don’t have to disclose your substance of choice in Smart Recovery feels like a release for many clients, says Nugraha. “It feels to me like, okay, I don’t have to carry that label of ‘addict’ on the back of my shoulder, on my forehead, everywhere I go.”

Nugraha also liked the program’s approach to abstinence: It supports sobriety but doesn’t require it. “I think when the goal is only one option, sometimes people kind of [get] demotivated and discouraged,” he says, “We are working together with the people accordingly with their pace and with their goals.”

Goals can vary for people from week to week. Nugraha says a typical check-in might sound like, “I’m Sam. You know, this past week I have had problems with this. And in the next week, I really want to achieve this or I want to change this.'”

At least 35 million people suffer from drug use globally, but only one in seven people can access treatment and support, according to the UN’s 2019 World Drug Report.

McCreanor in Bali says she’s trying to increase that access by connecting with people like Nugraha. “My role is to find people like Sam and go, ‘Okay, let’s see if we can do this in your country, because it will have a high impact.'”

Kelly at Harvard is currently involved in a study by the National Institutes of Health in the U.S. to better understand the outcomes of treatments like Smart Recovery, “We’re trying to find out, really, who uses Smart Recovery, or AA, or both, or neither. And then what their trajectories are like.” He says whether the nonprofit’s approach results in better outcomes is still unclear: “It is early days, early days.”

Back in Indonesia, McCreanor and Nugraha say since they joined forces their presence in the country is expanding. Later this month Nugraha and his colleagues plan to begin training prison staff in a Jakarta correctional facility so that inmates can attend meetings.

As for Rumah Singgah, Nugraha still has hopes that the center will once again have funding to be a lively place full-of live-in patients. He and his family have relocated to Jakarta to be closer to his wife’s parents – a colleague is now managing the center’s day-to-day operations. But Nugraha says another advantage of living in the Indonesian capital is there are more potential donors around. He hopes to make connections and find more funding for his old rehab center in the mountains so that people can do more than drop by.

Julia Simon is a regular contributor to NPR’s podcasts and news desks, focusing on climate change, energy and business news.