Why front-loading calories may not help you lose weight 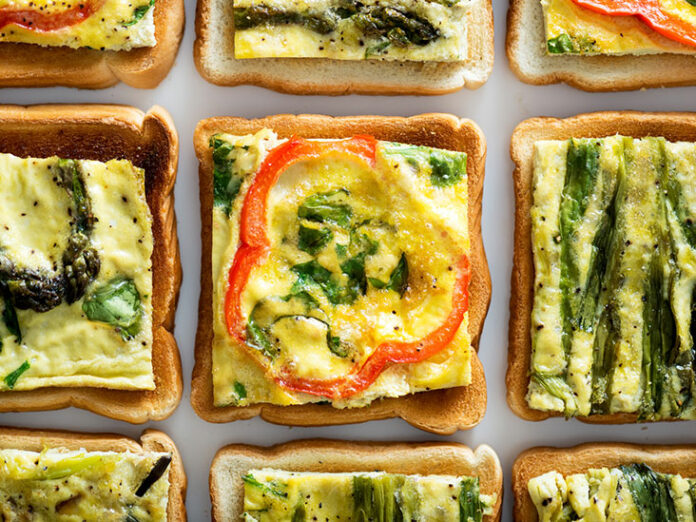 Prior research has suggested that the time of day when large meals are consumed may influence weight loss.

One study from 2013 shows that consuming a high calorie breakfast and reducing calories at dinner could promote weight loss in individuals with obesity and metabolic syndrome.

Another study from 2018 shows that eating early in the morning reduces appetite in the evening, which could help facilitate weight loss.

But how both timing and distribution of caloric intake throughout the day impact weight loss have been relatively unexplored until now.

In a new study, researchers conducted a randomized controlled feeding trial comparing the effects of large morning meals with large evening meals. They found that both mealtimes resulted in similar weight loss outcomes. However, those who ate larger meals in the morning reported lower levels of hunger by the evening.

The results were published on September 9 in the journal Cell Metabolism.

For the study, researchers recruited 30 participants with clinical overweight or obesity but were otherwise healthy. They included 16 men and 14 women with an average age of 50.9.

After 4 weeks on one diet, participants underwent a series of tests and a “washout diet” before switching to the other diet for an additional 4 weeks.

Breakfast on the MM diet included 45% of the total daily caloric intake, while dinner included 20%. The inverse was true for the EM diet.

Bot intervention diets contained around 1,700 calories and similar levels of macronutrients. They comprised around 30% protein, 35% carbohydrate, and 35% fat.

Throughout the study, researchers recorded measures from the participants, including:

Throughout the study, the participants lost an average of over 3 kilograms each during the 4-week periods.

They noted, however, that participants on the MM diet reported significantly lower hunger levels in the evening.

“[The researchers] were interested in testing the impact of meal distribution on energy expenditure, rather than finding out what would happen if they simply prescribed meals in a free-living situation for a period of time on appetite,” Leonie Heilbronn Ph.D., professor at the Faculty of Health and Medical Sciences at the University of Adelaide, Australia, not involved in the study, told Medical News Today.

“But what they found was that changes in appetite, not energy expenditure, are probably explaining the impacts that eating early are having [on body weight],” she noted.

When asked what might explain why portion size in the morning might reduce hunger later in the day yet not affect weight loss, Prachi Singh, Ph.D., associate professor of clinical science at Louisiana State University, not involved in the study, told MNT:

“This may be related to the study design and the short study duration. The study required the participants to eat the same number of calories during the MM and EM diet plans. So irrespective of how hungry they felt, they tried to eat all the meals provided.”

“In real-life settings, it is likely that the effect of eating a large morning meal on hunger may result in lower calorie intake during the day and a larger weight loss than someone choosing to eat a big evening meal. More importantly, the reduction in hunger with MM diet plan is likely to make the calorie restriction sustainable and may help in weight loss maintenance.”

Alexandra Johnstone, Ph.D., RNutr, professor of Medical Sciences Nutrition at the University of Aberdeen, one of the study’s authors, noted that their results suggest that the appetite system may get attuned to food intake cues following an overnight fast.

This, she noted, might be linked to why a larger meal has a “positive impact on controlling appetite.” However, she said that further studies are needed to explore this.

Prof. Johnstone noted that circadian rhythms could also influence appetite and weight loss via a “time-of-day” effect on physiology and behavior.

“It is a two-way process though, as meals and mealtimes can also influence circadian rhythms,” Prof. Johnstone said.

“Meal time is a major cue to help regulate circadian rhythms. Jet lag would be a classic example of when our circadian rhythms are desynchronized to our light cycle or clock time, and this has an influence on gastric emptying as one factor involved in appetite control.”

“In terms of energy metabolism, the circadian system promotes energy utilization [and] expenditure during the morning in anticipation of activity while it encourages energy storage at night in anticipation of rest. When the fasting [and] feeding times do not align with the circadian system, there is an adverse effect on metabolism which may lead to obesity and related adverse cardiometabolic outcomes.”

“On the other hand, it may be hypothesized that increased circadian alignment such as those resulting from MM diet will likely aid weight loss via increased energy expenditure. However, based on this study and other studies, it seems that the energy expenditure does not increase with MM or [a] more circadian aligned meal plan in conditions of calorie restriction,” she noted.

“As a result, a similar weight loss was observed with MM and EM isocaloric diet plans. However, independent of circadian rhythm, the MM did show a daytime appetite suppressing effects which may promote weight loss efforts via calorie restriction.”

The researchers concluded that eating larger meals in the morning may facilitate weight loss by reducing appetite instead of influencing energy balance.

When asked about the study’s limitations, Johanna W. Lampe, Ph.D., RD, professor and associate division director of the Cancer Prevention Program at the Fred Hutchinson Cancer Center, not involved in the study, told MNT:

“The goal to be able to examine appetite within a person necessitated a crossover design, which may not have been ideal for a weight loss study, especially with the short washout period that did not allow measures to return to baseline.”

Further, 4-weeks is relatively short for a weight loss study; it is not clear whether the hypothesized mechanisms at play would have sufficient time to respond to the shift in feeding,” she added.

Lampe noted that the findings are nevertheless “intriguing” and that the methods used to provide “rigorous evaluation” of the diet treatment effects.

Sapna Batheja, Ph.D., RDN, assistant professor at the Department of Food and Nutrition Studies at George Mason University in Fairfax, VA, not involved in the study, noted to MNT that the results may have been impacted by external factors as the participants were in “free-living” environments.

“Some of these factors include environmental factors and the satiety level of participants to consume the meals,” she said.

Alice Lichtenstein, DSc, professor of nutrition science and policy at Tufts University, not involved in the study, told MNT that the effects of energy intake timing may vary between people.

“The issue of energy intake timing and body weight balance likely has more to do with a person’s lifestyle; opportunities for eating throughout the day, types of foods available, and responsibilities for food preparation.”

“These factors will vary from person to person,” Lichtenstein added.