More
HomeCelebrityWho Is Aaron Donald's Wife? All About Erica Donald

Who Is Aaron Donald’s Wife? All About Erica Donald 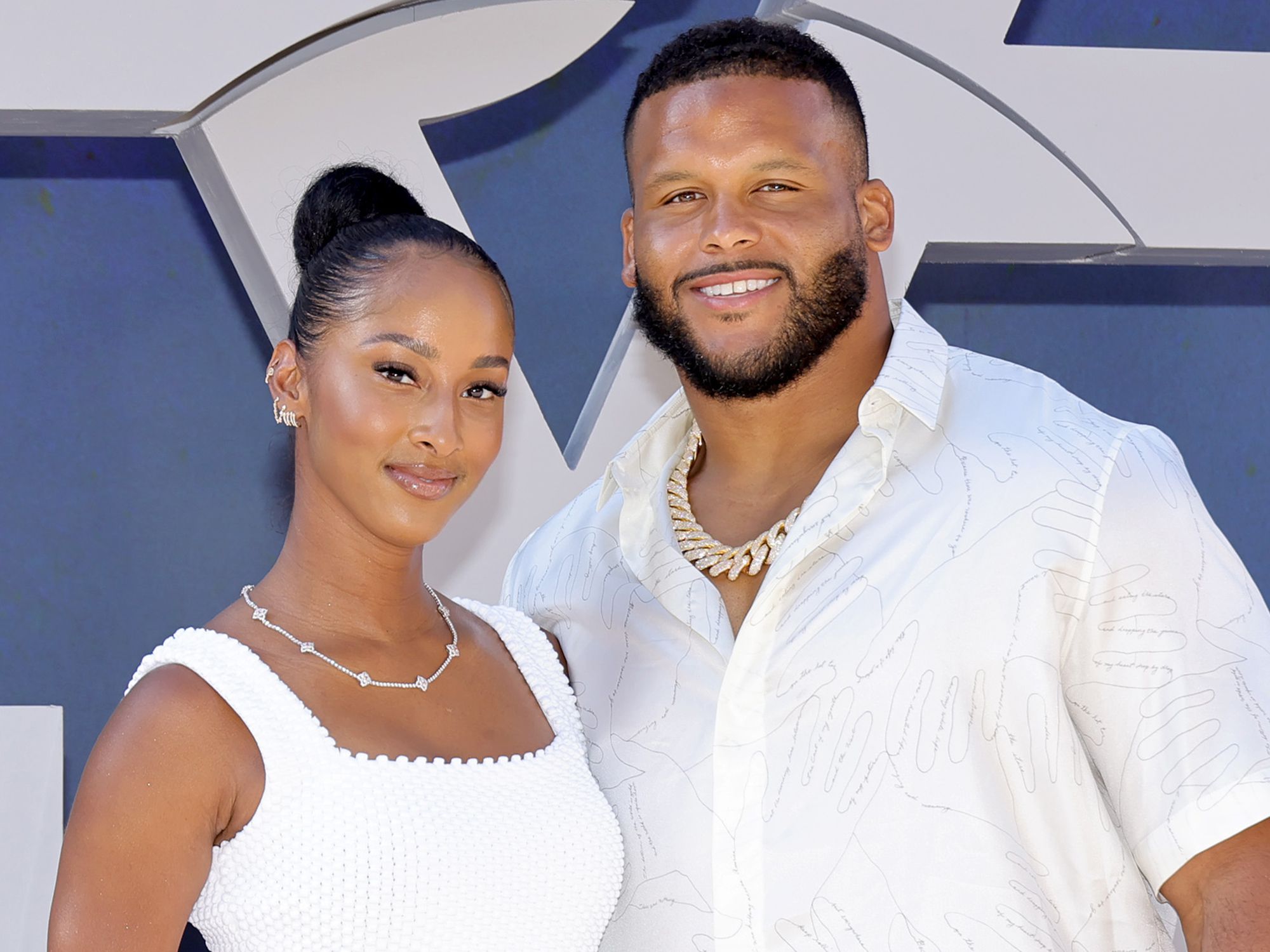 Aaron Donald has made a name for himself in the NFL as the star of the Los Angeles Rams‘ defense. While he might be tough on the field, the pro athlete has a soft side — one that comes out around his wife Erica Donald.

Erica and Aaron have kept their relationship quiet since meeting when Erica began working for the Rams. The two got engaged on Erica’s birthday and parent a blended family that includes their son and Aaron’s two children from a previous relationship.

“You are incredible,” Erica wrote on Instagram after Aaron and the Rams won Super Bowl 2022. “The most amazing father, husband, and human being. My built in best friend.”

So who is Aaron Donald’s wife? Here’s what to know about Erica Donald.

She works in sports marketing

In 2015, Erica began working for the Rams — in St. Louis, before the team moved back to L.A. — in community affairs and player involvement. Aaron began playing for the Rams in 2014.

According to her LinkedIn, Erica worked as vice president of player partnerships for game1, a content studio focused on the intersection of sports and Hollywood, in 2020.

She describes herself as a “boss lady” in her Instagram bio and is currently an executive at Kanye West‘s sports marketing agency Donda Sports, with whom Aaron signed in May 2022. She is also in charge of her husband’s marketing strategy.

She graduated from Louisiana State University

Per her LinkedIn, Erica earned a bachelor of arts in mass communication and public relations at Louisiana State University in Baton Rouge, Louisiana. As a student, she held a leadership position within the Delta Sigma Theta sorority and was president of the student activities board.

Aaron had to propose more than once before Erica said yes. “He proposed to me the first time after four months of dating,” Erica told People (the TV Show!). She revealed he popped the question on vacation but didn’t have a ring.

“The second time he did it, it was my birthday,” she said, before showing host Lilliana Vazquez one of the three bands he gave her that day.

Erica is a stepmom to Aaron’s kids from a previous relationship, Jaeda and Aaron Jr. The couple welcomed their first son together, Aaric, in September 2021.

She announced her pregnancy on Instagram on May 23, 2021 — Aaron’s 30th birthday. “Thankful you were given life 30 years ago today and blessed to create another with you,” she wrote.

Aaric’s name is a combination of Aaron’s and Erica’s names.

Aaron has been known to go all out with thoughtful, expressive gifts for Erica. During their engagement, he gave her a diamond-studded heart locket bracelet with a childhood photo of herself and her late brother inside. “That’s her guardian angel,” Aaron told jeweler Moe Diamonds.

He presented the gift to her after showing her a montage video of her family, who couldn’t be with her to celebrate her birthday.

“When we first started dating, I was like ‘I’m not emotional,’ and now I’m like, ‘I’m emotional,’ ” she said in a video Aaron posted on YouTube. As she hugged her husband, she joked, “You always do this to me!”

She lives in Southern California

Erica lives with Aaron and their son Aaric in Southern California. In April 2022, ESPN reported that the Donalds moved into a new home in the San Fernando Valley area of L.A.

However, Aaron’s two older children, Jaeda and Aaron Jr., live in Pittsburgh. The distance has caused Aaron to contemplate retiring, especially since Jaeda started school and had less time to visit her dad.

“I’m thinking about my kids, first, always,” he told Sports Illustrated when discussing why he might retire at his peak.

She likes to bake

While Aaron likes to do the cooking at home, Erica revealed that she was preparing to host a crowd for Super Bowl LVI by making cookies and football-shaped cake pops.

“I’ve been making cookies for the past couple weeks,” she told People (the TV show!).

She also had custom cookies featuring a shirtless Aaron — although her husband wasn’t necessarily thrilled about the treats.

“If it wasn’t for [Erica], I don’t know where I would be mentally,” Aaron told Sports Illustrated. The Rams star opened up to SI about his blended family, which hasn’t always been easy to manage. Living apart from his oldest children took its toll on Aaron, who requested time off from the Rams to visit his kids in Pittsburgh.

“When I came home, I just wasn’t myself. If my kids’ situation is not in order, my world is not in order. Honestly, it has always been about [them],” he said.

Erica has also supported Aaron’s career milestones. After the Rams won Super Bowl 2022, she posted a series of photos from their post-game celebration. “Congrats on achieving greatness in your career because you have surpassed it in your personal life,” she wrote. “What a journey it has been to watch you not only get back to the Super Bowl but win it. You kept your promise and we appreciate the sacrifices you’ve made and continue to make for your family. You are a true testament to the fact that hard work pays off. You couldn’t write this story any better. I love you forever! We got your back always. Mr. World Champion! This is not the end.”