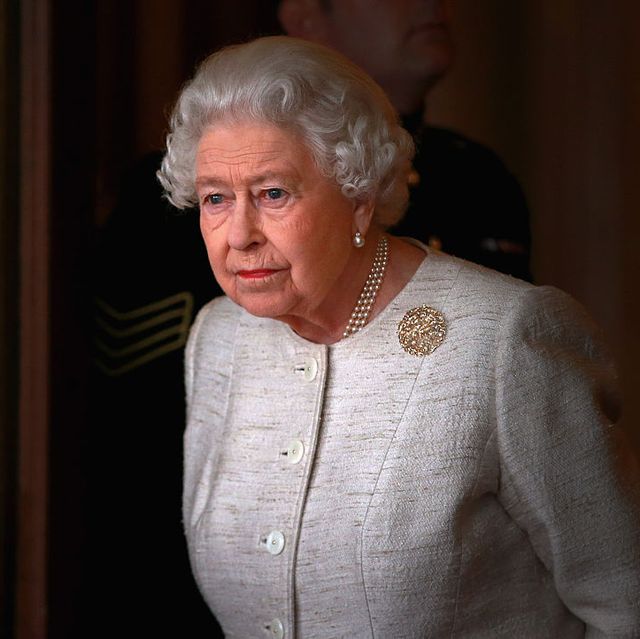 supervised the monarch’s health. Buckingham Palace confirmed in a statement this morning that doctors were “concerned” for Her Majesty, and hours later, sadly confirmed her death.

Reporters and mourners dressed in all black have since surrounded Balmoral Castle, the monarch’s residence in Scotland, where she passed.

Ahead, everything we know about Operation LONDON BRIDGE, the United Kingdom government’s multistep plan for what is to be done now that Queen Elizabeth II has passed away.

Immediately upon the queen’s death, her private secretary will reportedly call the prime minister to inform her of the news, perhaps with the message, “London Bridge is down,” per documents obtained by Politico.

The royal household will issue an official statement informing the staff, civil servants, and the public of the queen’s death, and the news will be announced via an alert on the Press Association wire.

Then, flags across Whitehall will be lowered to half-mast—ideally within 10 minutes, Politico reported. The Ministry of Defence will arrange for gun salutes to take place, and a national minute of silence will be announced. A service of remembrance will also be arranged at London’s St. Paul’s Cathedral.

The prime minister will be the first member of the government to make a statement on the death. Then, the PM will hold an audience with Prince Charles, who will deliver a broadcast to the nation.

The royal family’s website will be changed to a black background, with a small message confirming the queen’s death, and the U.K. government website will display a black banner, as will all government departmental social media pages.

The morning after Queen Elizabeth’s death, Charles will be sworn in as the new sovereign by the Accession Council.

The queen’s coffin will be carried to Buckingham Palace.

If she dies at Balmoral Castle, in Scotland, where she currently is, Operation UNICORN will be activated, per Politico, meaning her coffin will be transported to London via royal train. If that is not possible, Operation OVERSTUDY will come into effect, and the coffin will instead be transported by plane. The prime minister and ministers will welcome it upon arrival.

There is an entirely different plan if she were to pass away at Sandringham.

Charles will receive the motion of condolence at Westminster Hall and later start his tour of the United Kingdom as its new monarch.

When he arrives in Northern Ireland, he will attend a service at St. Anne’s Cathedral in Belfast. Meanwhile, a rehearsal will take place ahead of Operation LION, when the queen’s coffin will be carried from Buckingham Palace to the Palace of Westminster.

A service will be held in Westminster Hall upon the coffin’s arrival.

Queen Elizabeth II will lie in state at Westminster Hall in the Palace of Westminster for three days in what is being called Operation FEATHER. For 23 hours per day, visitors will be able to pay their respects. Tickets will be issued to VIPs for designated time slots.

Charles will travel to Wales to receive another motion of condolence and attend a service at Liandaff Cathedral in Cardiff ahead of the queen’s funeral, which will take place the following day.

How old is Queen Elizabeth?

How long has Queen Elizabeth reigned?

The queen first ascended the throne in February 1952. This year, she celebrated her Platinum Jubilee, officially marking 70 years of her reign. She is the longest-reigning monarch in British history.

Who is next in line to the throne?

Following her death, the queen’s eldest son, Prince Charles, will become king. See a more detailed breakdown of the line of succession here.