More
HomeTop StoriesThe U.K. now has its most diverse Cabinet in history thanks to...

The U.K. now has its most diverse Cabinet in history thanks to new PM Liz Truss 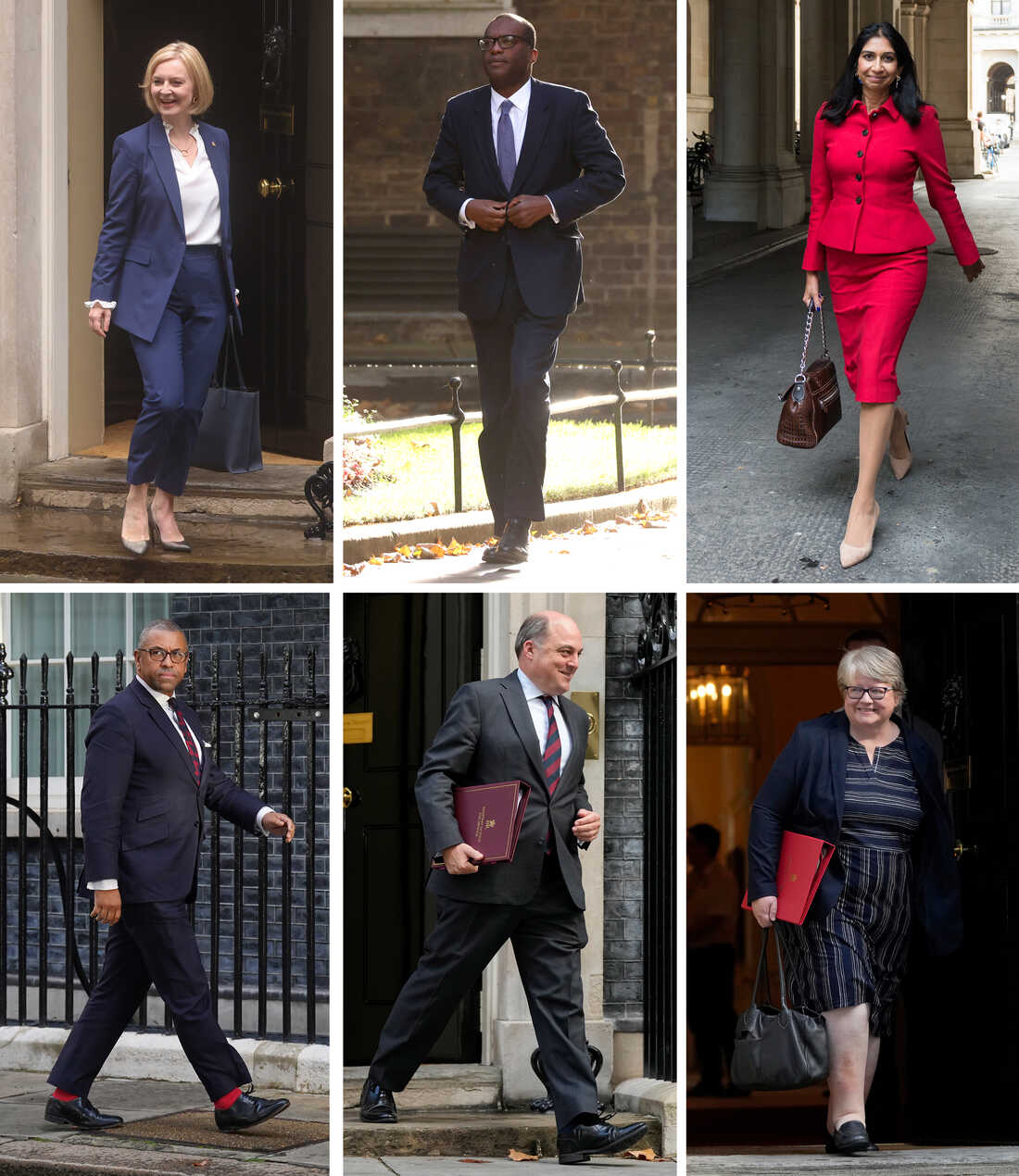 LONDON — Britain’s new Prime Minister Liz Truss took office on Tuesday afternoon and has spent much of the time since then focused on appointing new members of her government, and in particular her Cabinet.

She has very pointedly chosen a number of close political allies for senior roles, and dismissed members of her Conservative Party who had publicly supported her chief rival in the party leadership race, former finance minister Rishi Sunak.

It is notable that for the first time in British history, none of the four most senior ministerial positions — prime minister, finance minister, foreign secretary and home secretary — have been taken up by a white male.

But in a sign of Britain’s continued class divide, the vast majority of the new Cabinet have been educated at private, fee-paying schools — more even than under Truss’ predecessor Boris Johnson.

Below is a rundown of Truss’ top picks for senior positions, in one of Britain’s most diverse Cabinets ever.

Kwasi Kwarteng, Chancellor of the Exchequer

Kwarteng, 47, takes on the role of finance minister (exchequer is Britain’s treasury) for the world’s sixth-largest economy, at a time of enormous challenge for the country’s coffers. He is the son of Ghanaian parents who immigrated to Britain, and was raised in London before studying at the elite boarding school, Eton College, then at Cambridge University. During his time as a student, he appeared on a well-known British quiz show called University Challenge, where he used a curse word twice when he was unable to remember an answer — though his team subsequently went on to win that year’s contest. Kwarteng subsequently attended Harvard University before completing a Ph.D. in economic history at Cambridge, and has written several books as well as worked as a bank analyst in the City of London. He was first elected to Parliament in 2010, when the Conservatives took power, and has previously worked at the finance ministry in a more junior role, and more recently ran the U.K.’s Department for Business, Energy and Industrial Strategy.

Braverman, 42, is a trained trial lawyer and most recently served as Britain’s attorney general before being given this new role by Truss, which places her in charge of the country’s four dozen police forces, as well its domestic security and international espionage agencies, known colloquially as MI5 and MI6. Her parents, of Indian origin, moved to the United Kingdom in the 1960s, her father from Kenya and her mother from Mauritius. She grew up in northwest London, attended Cambridge University and continued her legal studies at the Sorbonne in Paris before passing the state bar exams in New York. She has been a well-known hard-liner over Brexit, and in late 2018 as a minister in the U.K.’s Department for Exiting the European Union, she was so unhappy with the terms of a version of the country’s Brexit deal that then Prime Minister Theresa May had proposed, that she ultimately resigned from her role in government. She also ran in the most recent Conservative Party leadership contest to replace Johnson, before dropping out to support Truss, the eventual winner.

Cleverly, 53, is the son of a father from the west of England and a mother from Sierra Leone, but grew up in South East London and just east of the capital. He attended a private school, met his wife as a student and after a brief stint in Britain’s military has served in the country’s army reserves for many years, rising to the rank of lieutenant colonel. After a career in publishing, he gained attention in Conservative Party circles after writing a study that looked at approaches Conservatives could take to win over more black voters. During Johnson’s time as London mayor, Cleverly worked under Johnson in a role overseeing the city’s fire departments. For several months, he also chaired the Conservative Party during Johnson’s tenure as prime minister, but over the past year has worked more directly for Truss at the country’s foreign ministry, where he has held several junior roles over the past three years. He briefly ran the U.K.’s Education Department after dozens of minister’s resigned earlier this summer, prompting Johnson’s own resignation announcement. Cleverly has been a public critic not only of Truss’ leadership rival Sunak, but also the government of China, and once called for the closure of Britain’s several dozen Confucius Institutes, which promote Chinese culture and learning.

A taciturn former soldier, Wallace, 52, has gained plaudits from across his party for his head-down and focused attention during the past six months of the conflict in Ukraine, where Britain’s military and weaponry has played a substantial and supportive role for Kyiv. Wallace was asked by many colleagues to consider running for Conservative leader after Johnson announced he would step down in July but said he was not interested in the prime ministership and subsequently maintained a studied neutrality throughout the contest. He is one of only four ministers to hold onto his role during the transition from the Johnson to Truss administration. As a legislator since 2010, he has repeatedly expressed his support for the concept of small government, one he holds in common with his new boss. He is keen on sports, particularly skiing, having worked as an instructor in Austria soon after graduating high school, and worked in the aerospace industry before becoming a politician.

A close friend of Truss since just before they first entered parliament in 2010, Coffey, 50, has held a number of senior posts under successive prime ministers but will now deputize for Truss as well as take on the challenging task of running Britain’s beleaguered National Health Service, which faces a massive backlog of operations and slow ambulance emergency response times. She studied chemistry at the same Oxford college as former Prime Minister Margaret Thatcher, but was forced to leave the university when she failed several exams. She completed her studies at University College, London, where she ultimately earned a Ph.D. in the subject. She has previously overseen the country’s Work and Pensions Department and served as an environment minister and government whip, and before entering politics, worked for the candy giant Mars as well as the BBC.