The Hidden Purposes Inside Everyday Objects 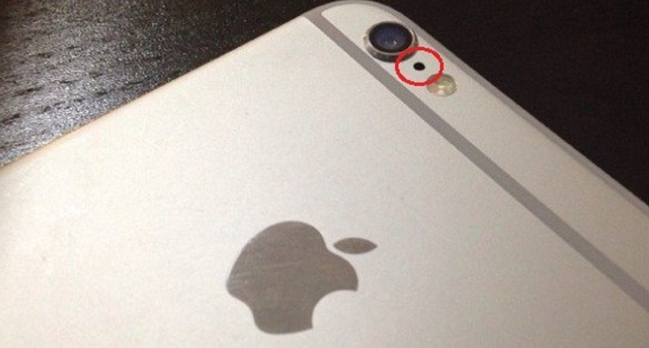 Have you ever wondered about the little things about everyday objects and how they seem to be? There are many details about the objects we use all the time that may not make sense without backstory. Why is there an indentation on the bottom of a wine bottle? Why is there a hole in a pen cap? Who decided there needed to be a small slot on the end of a tape measure? Once you know the stories behind these inventions, you will realize how much more ingenious than you ever thought they were. Here are some seemingly mundane objects with clever secrets built into their design.

The Dot Beside an iPhone Camera

There’s a dot beside the camera port in an iPhone that is actually a microphone. When you use the back camera, the microphone activates.

The Hole in a Pen Cap

Your first guess about the rationale for the hole in your pen cap is probable that it somehow helps to prevent the ink from drying. But it’s actually there for a more important reason: to make sure that if a child choked on the cap, the airway would not be totally blocked.

The Zigzag Side of a Bobby Pin

Why does one side of a bobby pin sort of zig-zag? It turns out the grooved edge is meant to be the bottom, since it holds the hair in place better when it faces toward the scalp.

The Extra Piece of Fabric With New Clothes

What is the purpose of those little swatches of fabric that are included with your new clothes? They are not there to act as patches, instead they were meant to test the way the fabric will react to detergents, stain removers and other chemical agents.

That little annoying jeans pocket is big enough to hold a quarter or a key, and not much else. However, it originated over 100 years ago, when people needed a place to hold their pocket watches. The only reason it’s still around is for its familiar style.

The Studs on Jeans

Speaking of jeans, what’s with the studs? Those too go back to the very beginning of jeans, when Levi Strauss used studs to reinforce the seams in the areas that received the most wear. In the old days, there were no better work pants for blue collar laborers than Levis.

The Holes in Converse Sneakers

The holes in Converse shoes were an early attempt at providing better ventilation for your feet. But they also helped people get the best fit, since shoestrings could be threaded through the holes for a closer fit.

Utility knife blades are meant to be broken. That’s right, the blades are scored so you can just break off the blade once it gets dull, leaving a nice sharp edge in its place.

The Hole on the End of a Tape Measure

The very practical reason for the hole at the end of the tape measure is to make it easier to measure distances without the tape slipping. Simply hang the one end from a tack, nail or screw and the task is easier.

The End of a Tape Measure’s Serrated Edge

But what about a tape measure’s serrated edge? The edge looks like a knife so you can use it to scratch out a mark on the wall or board you are measuring, since both hands are often full. Think about that the next time you start searching for a pen

The Hole on a Pot Handle

I bet you thought that the hole at the end of a pot handle was there because people once liked to hang their cookware. Not quite. The hole is the perfect place to store your spoon!

The Arrow on the Gas Gauge

It took years before I was clued in to the purpose of the small error on the gas gage. It’s there to show you which side of the car has the gas cap. Remember that next time you get a rental!

The Hole in an Airplane Window

Have you ever looked at the tiny holes in an airplane window and got a little freaked out? It sure seems like the entire cabin should be sealed, but actually the little holes stop the airplane from blowing up. The holes are meant to take some pressure off the outside window, since the pressure differential inside and outside the window is intense. The holes also help stop the windows from fogging over.

The Indentation at the Bottom of a Wine Bottle

The Hole in the Bottom of a Padlock

There is a hole in the bottom of a padlock that seems like it’s there to as a failsafe in case you lose the key. But the hole doesn’t render the lock as a pickable device. Instead, it acts as a drain, ensuring that locks used outside don’t get waterlogged.

The Thick Part of Power Cables

Power cables have thick cylinders or squares that sure seem like they must contain a lot of wires and components. The real purpose of these boxes is to stop electromagnetic interference. Electromagnetic static is that strange noise your cell phone makes when it’s too close to a speaker. The box on the wire prevents that from happening any time it is next to a monitor, power supply pack, stereo or other device.

The next time you look at the computer, notice the small bumps on the F and J keys. These marks are simple guidelines to help you put your index fingers in the right typing position.

The Blue Side of an Eraser

Why do erasers have a pink side and a blue one? Although the blue side can in fact erase ink, that only works if the ink is on very heavy paper. The blue eraser may be tougher, but if you use it on most standard paper, your paper will rip.

Indentation on a Tic-Tac Cap

The reason for the indentation on the Tic-Tac Cap is pretty basic: it’s there to dispense individual Tic-Tacs without them falling. So think of it like Tic-Tac’s version of a pez dispenser.