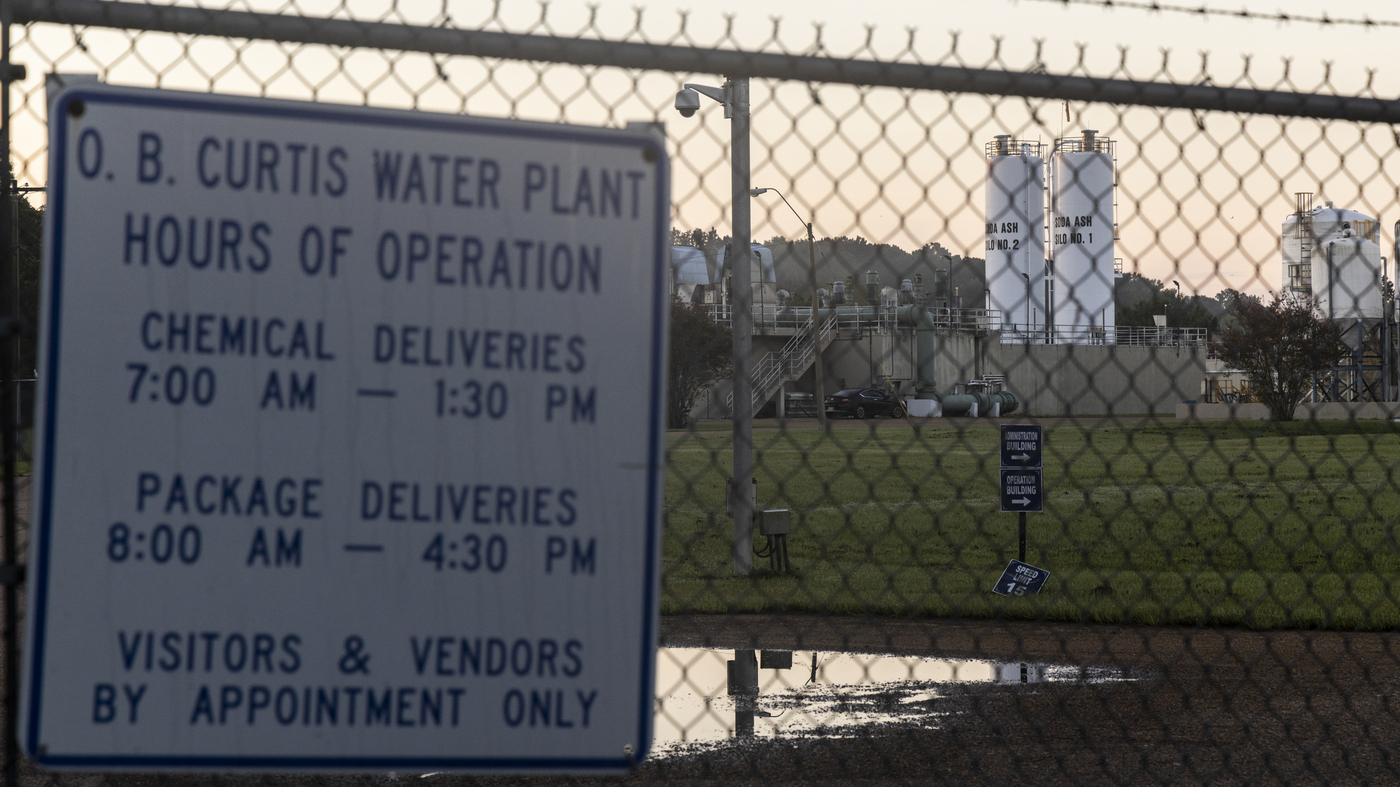 The crisis that has hit Jackson, Miss., highlights the fragility of water systems across the country that will be increasingly vulnerable to the effects of climate change in the coming years.

As rainfall of historic proportions flooded Mississippi’s Pearl River, a key pump at the O.B. Curtis water treatment plant, which provides the capital city with its drinking water, was unable to keep up, causing a severe drop in water pressure. Some 150,000 residents were left without safe drinking water. Although water pressure has been restored, a boil-water notice remains in effect.

Historic flooding and record droughts are already stressing water systems across the country, but as the threats to infrastructure posed by climate change intensify, experts warn that what happened in Jackson may be just the beginning.

“The situation in Jackson is a cautionary tale, but the reality is that in 2022, communities across our country have experienced severe flooding as well as drought,” says Mami Hara, the CEO of US Water Alliance.

Hara blames climate change and systemic disinvestment in water infrastructure across the country.

“It’s a huge issue and it’s got lots of different dimensions,” says Steven Buchberger, a professor at the University of Cincinnati’s College of Engineering and Applied Science.

He says facilities that “are decades old and have been neglected” are often especially vulnerable to the challenges posed by climate change.

“In many instances, communities didn’t really do the proper maintenance that was required to keep updating the infrastructure,” he says.

In Jackson alone, some estimates put the cost to repair the city’s water system in the billions. But that is still just a fraction of the challenge on the national level. A 2020 study estimates that $2.2 trillion needs to be invested over the next two decades to address the infrastructure shortfalls. Much of it will need to come from the federal government, according to the study.

Some cities have already been forced to adapt

Even so, some water providers across the country have sought to anticipate the need to update infrastructure in the face of extreme weather events and have taken steps to cope with the new reality.

When Central and South Florida experienced a major “100-year” drought in 2000 and 2001, people living in those areas experienced a critical shortage in their water supply.

“The drought really pushed us to diversify,” says Tirusew Asefa, a system decision support manager for Tampa Bay Water, a regional wholesale drinking water utility. The event, he says was “a turning point” for the provider.

“Everybody came together,” Asefa says. They decided that the reliance on groundwater and surface water was not going to be enough. What emerged from that discussion was a bold option that was largely untried in the U.S.

Officials decided to go for desalination using a process known as reverse osmosis. They would pump seawater out of Tampa Bay, send it through high pressure pumps and force it through extremely fine filters, removing the salt in order to make it drinkable.

The Tampa Bay Seawater Desalination Plant, which went online in 2007, now provides up to 25 million gallons of fresh water to the region each day, supplementing ground and surface water sources.

Asefa acknowledges that desalination is an expensive and power-intensive process, but says climate change could force Tampa Bay Water to rely more heavily on it in the future.

For Iowa City, two major flooding events within 15 years – one in 1993 and another in 2008 – both exceeding the 100-year flood mark, were a watershed in thinking about the city’s infrastructure.

During the 1993 flood, as the Iowa River swelled, “It was a huge task” to protect the water treatment plant, says Ronald Knoche, public works director in Iowa City. The same event swamped a water treatment plant farther west in Des Moines, leaving a quarter of a million people without drinking water. In an echo of what has happened in Jackson, the National Guard had to be called in to deliver bottled water to residents there.

In 2003, the city moved its water treatment plant out of the flood plain. To ensure it could keep pumping in the event of a major flood, it now gets water from under the river, Knoche says.

Signs reading “2008 the year of the river, but the river will not win!”‘ in June 2008. The flood that year served as a wake up call to the community about the vulnerability of its water infrastructure to extreme weather events.

Signs reading “2008 the year of the river, but the river will not win!”‘ in June 2008. The flood that year served as a wake up call to the community about the vulnerability of its water infrastructure to extreme weather events.

“They go out horizontally underneath the river bed. And then they draw the water down through the sands and the river bottom,” Knoche says. “Then we have the deep wells also as options for us.”

The historic flooding that arrived five years later, however, would underscore the relentless nature of the challenges that places like Iowa City face from climate change — even when they’re being proactive.

The 2008 flood was considered a once-in-every 500-year event, causing the Iowa River to crest at about 31.5 feet and damaging or destroying 351 structures in the city. In the wake of that flooding, the city got $22 million dollar in federal funds to consolidate two wastewater treatment facilities in a location protected from future high water.

In the past two decades or so, the water level in Lake Mead has been rapidly falling.

The lake, formed by the Hoover Dam after its completion in the 1930s, is the largest reservoir by volume in the U.S. and a primary source of drinking water for the city of Las Vegas. It’s now down more than 170 feet, with a pronounced dark-light color variation on the rock faces, known locally as the “bath ring,” showing starkly where the water level used to be. In fact, the change is so profound it can be seen from space.

“In the early to late 1990s, early 2000, [we began] … seeing impacts to snow accumulation in the Colorado Rockies, which ultimately runs off into the Colorado River system” and feeds Lake Mead, explains Bronson Mack, a spokesman for the Southern Nevada Water Authority.

“We were also seeing the climate models [and] hearing from the climatologists,” Mack says.

Those models show that the already hot and dry area of Nevada would get hotter and drier, he says.

“If it’s green and it is growing, at least in the Las Vegas area, it’s being irrigated,” Mack notes.

A bleached ‘bathtub ring’ is visible on the banks of Lake Mead near the Hoover Dam last month. The ring is a stark indicator of how far the water level has fallen in the past two decades or so.

A bleached ‘bathtub ring’ is visible on the banks of Lake Mead near the Hoover Dam last month. The ring is a stark indicator of how far the water level has fallen in the past two decades or so.

Another move has been to reduce the use of evaporative coolers in large buildings. Think industrial-sized swamp coolers. They use up a lot of water, he says.

Normally, the region gets about four inches of rain a year. In 2020, it received less than half that, and this year is considered the second driest in 128 years.

Climate change has placed an enormous strain on infrastructure, and despite being proactive to address the problem, it has been tough for officials in Nevada to stay ahead of the changes.

One concern was that the water level in Lake Mead could fall so much as to leave the water intakes high and dry, causing a complete cut off of water. So, in 2015, construction began on a $650 million low lake level pumping station, which was completed in 2020. It’s was meant, Mack says, as an “insurance policy.”

“We hoped we’d never have to turn it on,” he says.

In April of this year, however, just two years after its completion, officials were forced to switch on the low lake level pumping station when one of the two primary pumping stations could not operate because Lake Mead’s water level had fallen so low.

“I think that for us here in the West, we are a bit of a canary in the coal mine,” Mack says. “Climate change is knocking on our door.”