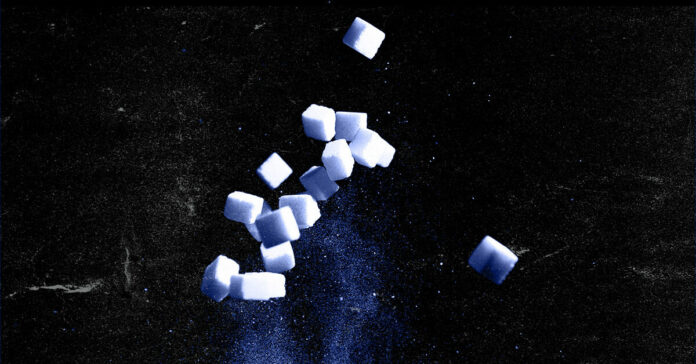 Previous articleCould rapamycin be our next weapon in the fight for longevity?
Next articleHybrid COVID-19 immunity may offer the best protection against Omicron BA.5
- ADVERTISEMENT -
Advertisements

Research shows that an estimated 70% of the immune system resides in the gut.

Immune cells in the gut interact with the microbiome — the bacteria and fungi that live in the intestines — linking diet directly to the health of the immune system.

Now, a new study in mice — which appears in the journal — has found that dietary sugar indirectly leads to a loss of critical immune cells.

Paul Gill a research fellow at the Department of Microbial Disease, Eastman Dental Institute, University College London in the U.K., who was not involved in this study, told Medical News Today that “[t]he study authors have outlined a new mechanism by which high doses of sugar impact the gut microbiota and immune system.”

“A high-sugar diet promoted the growth of a bacterial species that outcompetes commensal ‘good’ bacteria. A consequence of this gut dysbiosis,” explained Gill, “is a reduction in a specific type of immune cell called a T-helper 17 cell [TH17], which was found to protect mice from high fat diet-induced obesity.”

“This protective effect of Th17 cells is another novel finding. The study authors,” said Gill, “found that Th17 cells reduce the absorption of fats by the gut lining, which reduces the severity of metabolic disease and weight gain.”

In the new study, the researchers found that sugar promoted bacteria that eliminated segmented filamentous bacteria (SFB). This type of bacteria is found in rodents, chickens, and fish. The lack of these bacteria led to a reduction in TH17 cells.

Gill explained how sugar may be responsible for this:

“The authors show that high doses of sugar promote growth of species called that displaces and outcompetes filamentous bacteria in the gut, he said.

“High doses of sugar cause damage to the gut lining, triggering inflammation that inhibits the growth of filamentous bacteria, particularly as these bacteria tend to grow in close proximity to the gut lining. In contrast, F. rodentium seems to be unaffected and grows in its place.”

Dr. David Heber, an internist, endocrinologist, and physician nutrition specialist, is the chief of clinical nutrition and director of Nutritional Medicine and Obesity at the David Geffen School of Medicine at the University of California, Los Angeles.

Dr. Heber, who was not involved in the study, told MNT that when sugar is metabolized by certain bacteria, they gain a growth advantage over other bacteria.

“Prebiotics such as fibers, amino acids, fatty acids, vitamins, and minerals can all affect the bacteria in the gut in this way, so sugar is not unique,” he said.

The researchers initiated their studies with 5-week-old male mice. Two weeks before the tests, some mice were colonized with SFB, with successful colonization confirmed the day before the trial began.

The mice were then fed a high fat, high-sugar diet to mimic a Western-style diet. By the end of 4 weeks, the mice gained weight and developed glucose intolerance and insulin resistance.

By that point, the researchers discovered that the mice’s SFB had been replaced by F. rodentium, and TH17 cells had been depleted.

When the researchers fed mice colonized with SFB a high fat but low-sugar diet, their TH17 cells were retained.

When mice that had not been colonized with SFB were fed the same diet, however, the animals gained weight and developed diabetes, demonstrating the importance of SFB to the maintenance of TH17 cells.

Dr. Heber said the study adds to our present understanding of the impact of sugar on the microbiome and immune system.

“The big picture is to connect immune function to the microbiome as 70% of the body’s immune cells are located near the gut and interact with the microbiota,” he said.

“This study demonstrates in detail one mechanism by which an alteration in diet can affect the microbiome which then affects immune cells mediating the gut issues involved in metabolic syndrome.”

Dr. Heber noted that the observed effects on Th17 cells may occur in humans, and that excess sugar and fat in sedentary individuals account for the global increase in overweight and obesity, which are associated with metabolic syndrome.

“However, there may be other mechanisms at work as well and the role of physical activity and exercise has not been considered,” he added.

Further, the study investigates the loss of segmented filamentous bacteria in mice, which are not found in the human gut. This means the applicability of the study’s findings to humans remains an open question.

“The authors presented a small amount of human data in this paper to hint that the effect may be relevant to humans,” Gill said. “However, lots of further study is needed to prove this. There are limitations to mouse models, particularly because there are big differences in the gut microbiota and immune system of mice and humans.”

“The authors acknowledged in the limitations section of this paper that further studies in humans would be needed to validate if the findings do indeed occur in the human body. Dietary studies may also be challenging to replicate, as diets used in mouse models are extreme and unlikely to be tolerated by a human.”

Meanwhile, the authors feel their finding regarding TH17 is bolstered by human data from other studies, writing that “[a] significantly higher proportion of [human] adults with metabolic syndrome showed depletion of a community of 20 human Th17-inducing bacteria […] falling sharply and other bacteria increasing in abundance.”

The high levels of sugar that the researchers fed the mice may be closer to what people eat than one might think.

The typical Western diet is full of sugar, only a small amount of which is consumed in granular form. Foods often contain “hidden sugars,” which may include dextrose, fructose, maltose, and sucrose.

This leads to a much higher consumption of sweeteners than many realize.

Yogurts, coffee- and tea-based beverages, breakfast cereal — even the not obviously sweetened ones — spaghetti sauce, and sports drinks can all contain substantial amounts of sugar.

“Most Americans only eat three servings or less of fruits and vegetables, about 10 grams of fiber, and too many snack foods rich in sugar, fat, and salt,” Dr. Heber said.

“All of this food in the absence of physical activity leads to overweight and obesity in two-thirds of Americans and affects immune function as we saw in the pandemic where obesity was a risk factor for severe disease.”

“Although it is too soon to conclude that the results of the current study are directly relevant to human health, there are lots of other studies that now show the importance of the gut microbiota in the context of human health and disease,” Gill said.

“We are still trying to understand what a truly ‘healthy’ gut microbiome is, but we do know there are lots of things we can do to look after our gut health and microbiota. Eating high fiber foods such as grains, fruits, and vegetables helps to feed gut microbiota and prevent [the] growth of potentially pathogenic bacteria. Furthermore, many fermented foods (e.g., yogurt) contain probiotic species that promote a healthy gut,” Gill added.

The study authors cautioned that eliminating sugar from the mice’s diets did not reverse the ill effects of having consumed a high-sugar diet before.

Therefore, says study author Dr. Ivalyo Ivanov, associate professor of microbiology and immunology at the University of Alabama at Birmingham, “[t]his suggests that some popular dietary interventions, such as minimizing sugars, may only work in people who have certain bacterial populations within their microbiota.”

“Our study emphasizes that a complex interaction between diet, microbiota, and the immune system plays a key role in the development of obesity, metabolic syndrome, type 2 diabetes, and other conditions,” notes Dr. Ivanov, adding that “for optimal health it is important not only to modify your diet but also improve your microbiome or intestinal immune system, for example, by increasing Th17 cell-inducing bacteria.”

“Of course,” Gill cautioned, “making dietary changes can be challenging, and so consulting a physician/ dietician is always recommended.”