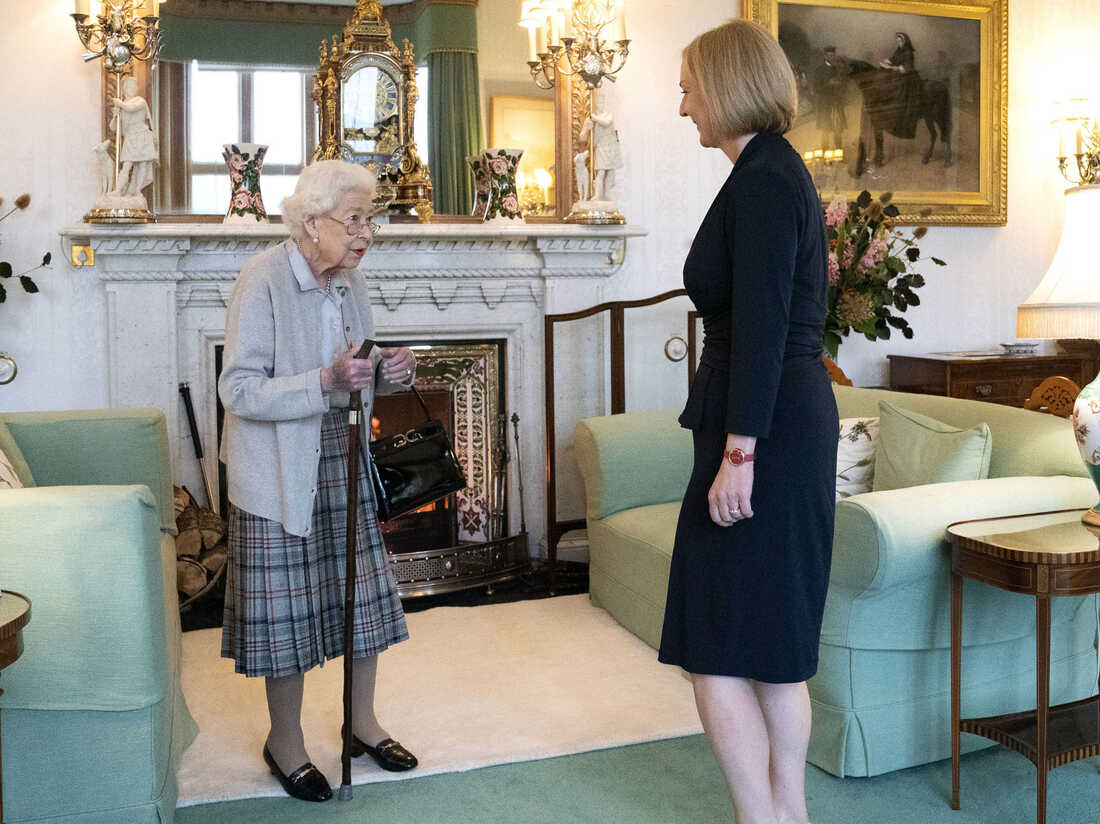 Previous articleBernard Shaw, longtime CNN anchor, has died at 82
Next articleThe U.K. now has its most diverse Cabinet in history thanks to new PM Liz Truss
- ADVERTISEMENT -
Advertisements
Enlarge this image

Queen Elizabeth greets leader of the Conservative party Liz Truss at Balmoral Castle on Tuesday. The queen is under medical observation after her doctors became concerned about her health.

Queen Elizabeth greets leader of the Conservative party Liz Truss at Balmoral Castle on Tuesday. The queen is under medical observation after her doctors became concerned about her health.

Queen Elizabeth II is under medical supervision at Balmoral Castle in Scotland after her doctors became worried about her health.

Members of the royal family are already by the queen’s bedside in Balmoral — and others are on their way — after her doctors placed the 96-year-old monarch under medical supervision Thursday, the British media, including the BBC and The Guardian, reported.

Queen Elizabeth II is the second-longest reigning monarch in history

“Following further evaluation this morning, the Queen’s doctors are concerned for Her Majesty’s health and have recommended she remain under medical supervision,” Buckingham Palace said in a statement.

The BBC reported that the statement — and the fact that family members are traveling to her — marks a significant change in her situation.

People gather outside Buckingham Palace in London on Thursday as news of the queen’s health spread.

People gather outside Buckingham Palace in London on Thursday as news of the queen’s health spread.

Elizabeth and her late husband Prince Phillip, who died in April 2021, have four children: Prince Charles, Princess Anne, Prince Andrew and Prince Edward. They also have eight grandchildren and 12 great-grandchildren.

Charles, the queen’s oldest son and heir to the throne, is already by his mother’s side, as is his wife, Camilla. Prince William, Charles’ son and second in line for the throne, also has arrived at Balmoral . His wife, Kate, the Duchess of Cambridge, stayed behind in Windsor, the BBC reported.

Prince Harry, the younger of Charles’ two sons, and his wife Meghan, Duchess of Sussex, stepped back from their royal duties in 2020. They traveled from their home in California to the U.K. for the first time since then earlier this summer, to participate in the queen’s Platinum Jubilee, celebrating her 70 years on the throne.

Currently, Harry is said to be on his way to Balmoral, while his wife remains in London, the BBC reported.

The queen’s two youngest sons — Prince Andrew, the Duke of York, and Prince Edward, the Earl of Wessex — are also in Balmoral, along with Edward’s wife, Sophie.

The health of the longest-serving ruler in British history has been of concern in recent years, and more so over the summer. Charles represented Elizabeth at the opening ceremony of the Commonwealth Games in late July.

When she arrived in Balmoral for her summer break, a welcome ceremony was moved indoors to accommodate her mobility issues, The Guardian reported. Elizabeth also missed the Braemar Gathering highland games earlier this month.

A Privy Council meeting was postponed Wednesday after doctors advised the queen to get some rest, according to The Guardian.

At 96, Elizabeth has served longer than any other British ruler, and is the second longest-reigning monarch in history. The United Kingdom celebrated her Platinum Jubilee in June.

The monarchy is the head of the United Kingdom, but the role of making and passing legislation remains with Parliament, according to Buckingham Palace. Instead, the queen’s role serves more as a focus of national identity and provides the people with a sense of stability and continuity.

The family occupy numerous castles and residences across the U.K., with the queen typically residing at Buckingham Palace in London. The queen spent much of her childhood at Balmoral, the royal family’s Scottish estate where Elizabeth is currently under medical supervision

This is a developing story.