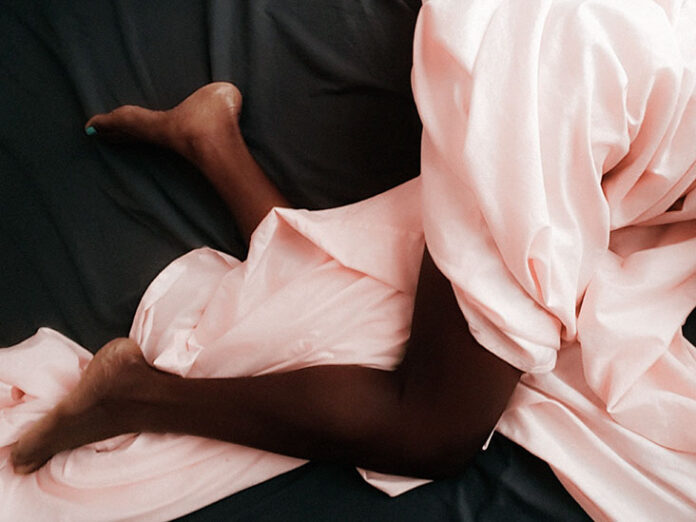 According to the American Sleep Association, 50–70 million adults in the United States have a sleep disorder. Of these, 25 million have obstructive sleep apnea (OSA), which is when the muscle in the back of the throat relaxes too much to allow regular breathing.

Studies that OSA is linked to multiple cardiovascular conditions. Research also indicates that healthy sleep patterns reduce cardiovascular risk, even among those with high genetic risk.

Most studies examining the link between sleep quality and cardiovascular risk have focused on one dimension of sleep: sleep duration or sleep apnea. The combined effect of multiple sleep dimensions on cardiovascular health thus remains understudied.

Recently, researchers from the French National Institute of Health and Medical Research in Paris, France investigated the joint effect of multiple sleep habits on the incidence of cardiovascular conditions.

They found that an overall healthier sleep score was linked to a lower cardiovascular and stroke risk.

They presented their findings at this year’s European Society of Cardiology (ESC) Congress.

For the study, the researchers analyzed data collected between 2008 and 2011 from 7,203 men and women aged between 50 and 75 years. All were free from cardiovascular conditions at the beginning of the study.

Each participant underwent a physical examination and various biological tests. They also provided lifestyle information and their medical history. The researchers assessed the participants’ sleep habits via questionnaire, looking at:

Each dimension was assigned a score of 1 or 0. Criteria for scoring a 1 or “healthy” score included:

After a median follow-up of 8 years, the researchers noted that participants with a score of 5 — optimal sleep — had a 74% lower risk for cardiovascular conditions than those with the poorest quality sleep.

They added that each one-point increment in healthy sleep score corresponded with a 22% reduction in cardiovascular risk.

When asked what might explain the link between poor sleep and increased cardiovascular and stroke risk, Dr. Aboubakari Nambiema, postdoctoral researcher at Université Paris Cité in France, one of the study authors, told Medical News Today that there are currently no definitive answers.

He noted that the American Heart Association recently updated their “” indicator of cardiovascular health to include sleep duration and that there are many possible mechanisms underlying the link between sleep quality and heart health.

In conversation with MNT, Dr. Saurav Luthra, of the Division of Pulmonary, Critical Care, and Sleep Medicine of the University of Kansas Health System, explained some of these potential mechanisms:

“[Current research suggests] that healthy sleep is vital for resting the heart and brain. [In the absence of sleep], there may be increased inflammation, release of stress hormones, and decreased clearance of toxins from the brain. These can trigger fluctuations in heart-rate and increased blood pressure at night. This, we think, can lead to heart diseases such as uncontrolled blood pressure — hypertension, irregular heart rhythms such as atrial fibrillation — and possibly poor cognition [or] memory difficulty.”

“Poor sleep, if secondary to underlying sleep apnea, can also lead to an increased risk of stroke/ blood clots through inflammation as well as low oxygen at night and thickened blood- which results from chronic low oxygen levels in the blood,” he added.

“Increased sympathetic nervous system tone is responsible for higher circulation of catecholamines, which are hormones that lead to increases in heart rate, blood pressure, and vascular resistance,” he added.

“Indirectly, poor sleep contributes to the dysregulation of hormones implicated in hunger. This contributes to obesity, which is a strong risk factor for cardiovascular disease,” he noted.

Dr. Sanjay Patel, professor of medicine, epidemiology, and clinical and translational science at the University of Pittsburgh, not involved in the study, told MNT that other factors might also be responsible for the observed results.

“We know that poverty leads to poorer sleep quality, and people with lower socio-economics are at much higher risk for heart disease and stroke. Similarly, anything that increases stress in life — having a sick child, having to care for an older parent, having a very stressful job — will lead to poorer sleep quality and also increase the risk of heart disease and stroke,” Dr. Patel explained.

“We can’t be completely sure from this study whether the associations that were found are caused by the poor sleep or related to some other factor,” he noted.

The researchers concluded that better sleep quality across multiple dimensions is linked to a lower cardiovascular and stroke risk.

When asked about limitations to the study, Dr. Daniela Grimaldi, research assistant professor at the Center for Circadian and Sleep Medicine at Northwestern University, not involved in the study, told MNT:

Dr. Fiona Barwick, clinical associate professor of psychiatry and behavioral sciences and sleep medicine at Stanford University, not involved in the study, explained some key issues with self-reported measures of sleep quality.

“Even excessive daytime sleepiness can be masked by caffeine use,” Dr. Barwick added. “Self-report measures can also be inaccurate when it comes to certain lifestyle factors, as people are more likely to under-report how much they smoke, drink or exercise, in an effort to create a positive impression. The inaccuracies in self-reported data can make it difficult to get a clear and definitive picture of the relationship between sleep and health risks.”

Dr. Damien Stevens, sleep lab medical director at The University of Kansas Health System, not involved in the study, added that cause does not always mean effect.

MNT also asked Dr. Nour Makarem, assistant professor of epidemiology at Columbia University, not involved in the study, how to improve sleep quality. She noted that it is important to prioritize sleep and that 7–8 hours of sleep per night is ideal for heart health.

“It is also important to practice good sleep hygiene, which refers to putting yourself in the best position to sleep well by optimizing your sleep schedule, bedtime routine, and sleep environment,” she noted.

“Stick to a stable sleep schedule, meaning try to go to bed and wake up at the same time every day, and try to keep the same sleep schedule on weekdays and weekends to avoid disrupting your body clock’s sleep-wake rhythm. Use the hour before bedtime to relax and unwind, and optimize your sleep environment by making your bedroom comfortable, quiet, cool, and dark,” Dr. Makarem advised.

“Get rid of distractions such as bright light and noise. For example, use heavy curtains or an eye mask to prevent light from interrupting your sleep and avoid sources of bright light such as computers, TVs, and phones. Also, try to drown out any noise by using earplugs or a white noise machine, and avoid stimulants such as nicotine and caffeine,” she continued.

Dr. Nambiema concluded that from a public health point of view, increasing awareness and health literacy on sleep quality is key.

He said that “[t]his could indeed start early in life, and elementary school could represent a wonderful window of opportunity for this. Importantly, this should be a continuous and adapted education program at each level at school.”