More
HomeDrugsMyopia in kids: Could a caffeine metabolite slow it down?

Myopia in kids: Could a caffeine metabolite slow it down? 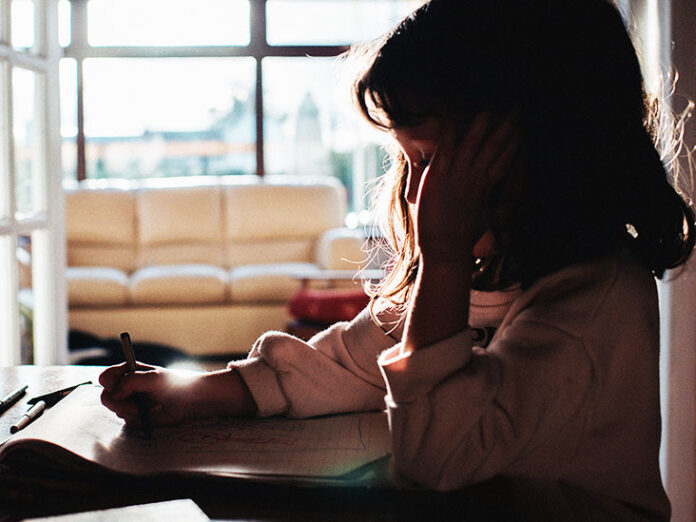 The incidence of near-sightedness, or myopia, is on the rise across the globe. The National Institutes of Health (NIH) that 28% of the planet’s population has myopia.

A diminished ability to see distant objects — such as chalkboards or screens — makes learning more difficult, and in urban areas of East and South East Asia, some 90% of people who chose to abandon school have myopia. In the U.S. and Europe, 30% to 50% of them had myopia.

According to the NIH, uncorrected myopia is the world’s leading cause of blindness.

Worldwide in 2015, 124 million people had moderate-to-severe vision impairment or were blind, due to uncorrected near-sightedness.

Myopia can also lead to an irreparable loss of sight through the development of cataracts, glaucoma, macular degeneration, and retinal detachment.

While myopia has long been corrected with glasses, vision researchers and doctors are also exploring pharmaceutical treatments that address the underlying problem.

A new observational study from Denmark suggests that a of caffeine, 7-methylxanthine — or 7-MX — may inhibit the development of myopia in children.

The study is published in the British Journal of Ophthalmology.

Typically, myopia begins in children between six and seven years old and progresses until 16 to 20 years of age. As lead author of the study, Dr. Klaus Trier, who is also an ambassador for the International Myopia Institute, told Medical News Today, “Children who start developing myopia before the age of 10 are at high risk of progressing to severe myopia.”

Dr. Curtis A. Ono, of the American Optometric Association Board of Trustees and Puget Sound EyeCare, who was not involved in the new study, told MNT about the current treatments for myopia.

“The most studied medication for myopia control is atropine. Currently, many practitioners are prescribing off-label diluted atropine drops for myopia control. is used in the treatment of peptic ulcers and has been found to reduce ocular axial length. In addition, with UV exposure, , and BHVI2 are being investigated for myopia control,” he said.

“Based on the results of this study within the population, using 7-MX may give patients potentially another means to control high-level nearsightedness,” said Dr. Ono, adding: “This investigation and further studies of myopia control methods are critical as evidence that high levels of myopia is a public health concern and undeniably high myopia can result in harmful sight threatening eye health conditions.”

Myopia is a refractive error that occurs if the eye becomes abnormally long — this is referred to as the eye’s axial length.

Normally, an eye lengthens from about 16.8 millimeters in an infant to about 23.6 mm in an adult. As it does, changes in other ocular elements such as the lens and cornea compensate for the difference, keeping light focused sharply on the retina. The retina converts the light to messages it sends to the brain.

With myopia, axial length grows too quickly, outpacing the lens and cornea. The light becomes refracted so that its most sharply focused point does not reach all the way to the retina, resulting in blurry vision.

Eye care professionals track the advance of myopia by measuring increases in an individual’s axial length. It is axial length growth specifically the 7-MX appears to slow.

Doctors also measure myopia progression with vision tests, in which they try out lenses to ascertain how much correction an individual requires. The strength of each lens is measured in diopters, or D. If someone needs 2 D of refractive correction, for example, they have a refractive error of -2.00.

Since 2009, 7-MX has been an approved treatment for myopia in Denmark. It is the only oral drug for the condition. During that time, it has only been assessed in a pilot clinical trial.

“The current observational analysis,” he added, “suggests around 0.07 mm less axial elongation during the first year for children taking 1000 mg per day [of 7-MX], compared with children not taking 7-MX, and an accumulated reduction of 0.18 mm over 6 years.”

In addition, Dr. Trier also felt that 7-MX may work well alongside other treatments such as glasses. He said, “7-MX seems to enhance hyperopia in rhesus monkeys fitted with lenses, a finding suggesting that 7-MX potentially could boost the efficacy of optical devices designed to reduce myopia progression.”

However, Dr. Trier noted one issue with 7-MX:

“The tablet currently in use is a simple, immediate-release tablet, which, because of the fast elimination of 7-MX, is not capable of maintaining a stable concentration in the bloodstream, even when given three times per day.”

Dr. Trier said that according to the Danish Medicines Agency (DMA), 1,171 children and adolescents were granted reimbursement for the costs of 7-MX tablets for the treatment of progressive myopia since 2009.

“Currently, around 200 myopic children/adolescents who are taking 7-MX are being followed at my ophthalmology unit. A few other ophthalmologists in Denmark are also prescribing 7-MX,” he told MNT.

“The majority of ophthalmologists in Denmark do not prescribe 7-MX on the grounds that there has not yet been any large-scale randomized controlled trial to support the treatment effect. Hopefully, the recently published observational study can help get funding for such a trial,” he added.

So far, there have been no reports filed with the Danish Medicines Agency on any side effects of 7-MX.

However, Dr. Ono said that the FDA would need to conduct more research to approve 7-MX in the United States.” He cited four things that would need to be assessed or happen:

“This line of treatment can have a positive impact on patients exhibiting myopia, as long as it is determined to be safe with minimal side effects,” Dr. Ono said.

“A sustained release formulation given once or twice per day would theoretically be significantly more effective. Hopefully, this new formulation will be tested in a randomized controlled trial, which potentially could lead to the treatment becoming available outside Denmark. This project is currently awaiting investors.”
— Dr. Klaus Trier

“We encourage parents to engage with their doctor and become educated about the various methods to control myopia — more outdoor activities, more eye breaks with near work, exposure to natural light, atropine, multifocal soft contact lenses, spectacles lenses, and ortho-keratology,” he elaborated.

For many children, eyewear is just another fashion accessory.

“In my perspective as a practitioner in a largely pediatric practice, children seem to be more open to spectacle correction, with some wanting glasses even though they do not need them! I believe this is a result [of] children seeing peers with glasses and adults/celebrities wearing corrective glasses,” said Dr. Ono.

“Contact lens wear has been proven to be a safe alternative to glasses when evaluated and fit by a qualified doctor of optometry or other eye doctors. Contact lenses are fit at an earlier age than before due to the availability of daily disposable lenses and the development of high oxygen permeable materials. It is still crucial to educate both the patient and guardians about the proper use of contact lenses and follow-up visits to ensure good ocular health,” he added.

“The eye healthcare community must continue to explore all avenues to decrease higher levels of myopia — above a refractive error of -6.00 [D] — which is associated with retinal detachments, macular degeneration, and glaucoma.”
— Dr. Curtis A. Ono