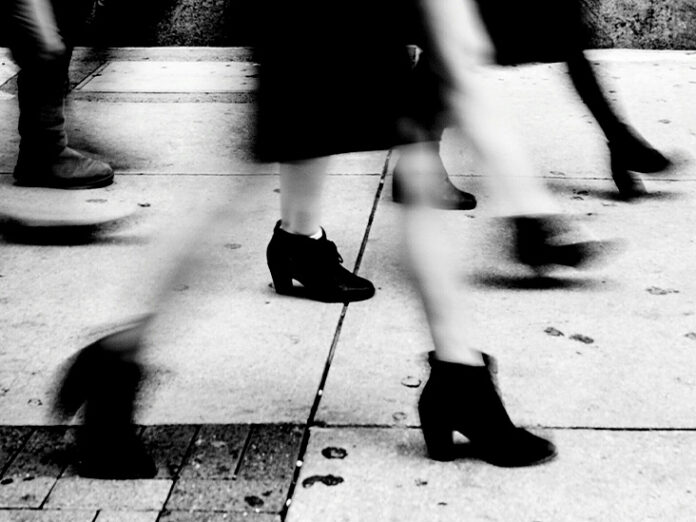 Previous articleWhat is the true impact of unpaid labor on women?
Next articleWill existing vaccines be effective against current monkeypox variants?
- ADVERTISEMENT -
Advertisements

As the global population ages, cases of dementia are also on the rise worldwide. The World Health Organization (WHO) states that some people currently have dementia, and the number is set to rise to 139 million by 2050.

The Centers for Disease Control and Prevention (CDC) estimate that Alzheimer’s disease, the commonest form of dementia, affects around people in the United States alone.

The greatest risk factors for dementia, according to the Alzheimer’s Society, are aging and genetics. Dementia is most common in those aged over 75, and having a close relative with dementia may of developing the disorder.

Other risk factors that we cannot control include sex — females are more at risk than males — and ethnicity. However, lifestyle changes, such as increasing physical exercise, controlling blood pressure, and keeping the brain stimulated, can decrease a person’s risk of dementia, even for those who have one or more risk factors.

“A broad, healthy approach factoring in lifestyle, diet, exercise, cognitive stimulation, socialization, and sleep all make a difference. Many of them [can be effective] even if started later in life.”

And physical exercise need not mean sweating it out at the gym or taking up a new sport.

According to a study recently published in , simply increasing the number of steps a person takes each day can decrease their dementia risk by as much as 50%.

The study used data from the UK Biobank. The 78,430 participants, of whom 44.7% were male and 55.3% female, had a mean age of 61.1 years. All participants were free of cardiovascular disease and dementia when they enrolled in the study. Researchers followed up with participants after a median of 6.9 years (6.4–7.5 years).

For the study, participants had to wear an accelerometer on their dominant wrist 24 hours a day, 7 days a week, to measure physical activity. The researchers then used an algorithm to work out the step count from the data collected by the accelerometer.

The researchers controlled for variables such as age, sex, race, socioeconomic status, smoking, overall health, and diet when analyzing the data.

While welcoming the study findings, Dr. Claire Sexton, Alzheimer’s Association senior director of scientific programs and outreach, who was not involved in the study, told MNT:

“There are a few important caveats of this study. The population sampled was majority white, and therefore may not be generalizable to other race/ ethnic groups. This study also does not demonstrate definitive causation between step count and dementia risk; therefore, more research is needed.”

“The Alzheimer’s Association is conducting a clinical trial combining exercise with other lifestyle factors, like diet and social/ cognitive engagement, to determine if these factors in combination reduce risk of cognitive decline,” she added.

Dr. Porsteinsson agreed: “There are definite limitations to observational cohort studies but advantages as well. They are hypothesis-generating, that is they point us toward what we may want to study further in a controlled, randomized study. The good news here is that there is a bulk of evidence that suggests that exercise is beneficial in staving off dementia.”

“This is an important study that may help inform public health guidelines around the amount of physical activity necessary to reap health benefits,” said Dr. Sexton.

“These results are not surprising given the robust data we have linking physical activity and better cognition. A strength of this paper is it used an objective, widely-understood measure of step count rather than self-reported data,” she noted.

The researchers found that both the number of steps and stepping intensity were associated with reduced dementia risk. For the greatest benefit — a 50% reduction in dementia risk — participants had to walk around 9,800 steps per day. Above this number, no further benefit was seen.

However, the good news for those who cannot achieve this many steps was that just 3,826 steps a day reduced dementia risk by 25%.

Dr. Porsteinsson agreed that any exercise will help reduce risk. “[It’s] never too late to get started and even a relatively small effort is beneficial and can then be added to as endurance improves,” he told us.

Purposeful steps, defined as more than 40 steps per minute, such as when going for a walk, increased the association with reduced dementia risk.

“Here, we see a ‘dose’ effect, that is, more intense and purposeful walking is more beneficial than leisurely walking. Also, people often walk with others (walk and talk) so you can get a social component and an interactive component in as well.”

This study adds to building evidence that staying active as you age can maintain physical and mental health and improve longevity.

Another large-scale study of almost 650,000 military veterans found that being physically fit reduced dementia risk by up to 33%. In this study, even a small amount of exercise was found to help reduce dementia risk.

An analysis from the Alzheimer’s Society of 11 studies found that, out of taking regular exercise, not smoking, moderating alcohol intake, maintaining a healthy body weight, and eating a healthy diet, it was regular exercise that had the greatest impact on dementia risk.

For Alzheimer’s disease, regular exercise reduced risk by up to 45%.

“The bottom line is we know physical activity supports good cardiovascular health — and what’s good for the heart is good for the brain. Find something you enjoy doing and stick to it.”