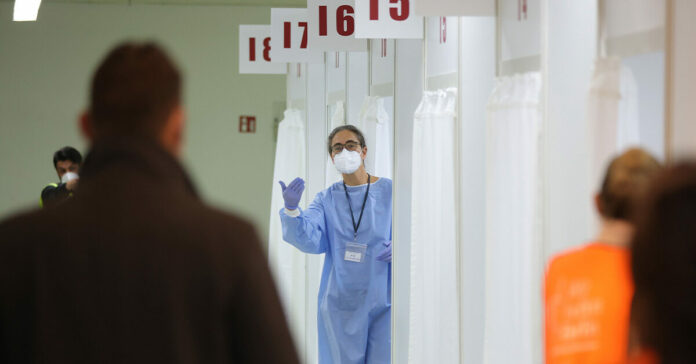 Scientists at the University of Lisbon in Portugal have found that prior SARS-CoV-2 infection with earlier Omicron subvariants lowers the risk for infection with the newer BA.5 strain. Their study added to evidence confirming the benefits of hybrid immunity for a highly vaccinated population.

Dr. Luís Graça, is the group leader at the Instituto de Medicina Molecular João Lobo Antunes (iMM) and full professor at the Faculty of Medicine of the University of Lisbon.

The professor emphasized the relevance of this study, considering that tests and development efforts for COVID-19 vaccines are currently based on the BA.1 subvariant. This variant was prevalent in infections in early 2022.

“Until now, it was not known what degree of protection this subvariant provides against the subvariant that is currently in circulation. These results show that this protection is very significant and allows us to anticipate the benefit of the adapted [vaccines],” Dr. Graça noted.

The study appears in The New England Journal of Medicine.

The study period began on June 1, 2022, when BA.5 was the dominant variant and covered three to five months.

About 82% of the population had also received the first booster with mRNA vaccines. Second booster shots were restricted to individuals with “severe immunosuppression,” such as people with AIDS, organ transplant and cancer patients.

Dr. Graça and his team determined the virus variant of each infection by tying the infection date to the dominant variant at that time. Variants in this study included Wuhan-Hu-1 (or the original strain), Alpha, Delta, BA.1, BA.2, and BA.5.

They combined data on infections caused by BA.1 and BA.2 together “because of the slow transition between the two subvariants in the population.”

The scientists left out people who had a reinfection before June 1.

Lastly, they computed the risk of BA.5 infection for people with no previous reported COVID-19 infection before June 1, 2022, when BA.5 became the dominant subvariant.

“With these data, we analyzed the probability of a person that was previously infected to be reinfected with the current variant, which allowed us to calculate the percentage of protection provided by previous infections,” João Malato, a doctoral student in Dr. Graça’s group and the study’s first author, explained.

Dr. Graça and his colleagues “found that previous SARS-CoV-2 infection had a protective effect against BA.5 infection, and this protection was maximal for previous infection with BA.1 or BA.2.”

They also observed that the risk of BA.5 infection was higher for people with no documented infection compared to individuals “who acquired hybrid immunity following a SARS-CoV-2 infection.”

The team thinks that hybrid immunity following BA.1/BA.2 infection could have arisen from “a more effective immune protection [toward] BA.5.”

They said it could also be due “to the shorter time elapsed between infection and exposure to the Omicron BA.5 subvariant.”

Further, they said that infection risk “is influenced by the immune status following vaccination and infection and by the time elapsed between the first infection and the BA.5 period due to immune waning.”

A new, non-peer-reviewed U.K. study also assessed the effectiveness of current COVID-19 vaccines against severe illness following infection with BA.4 and BA.5 compared to BA.2 during a period of co-circulation.

Data analyzed by researchers with the U.K. Health Security Agency and other London institutions showed “no evidence of reduced vaccine effectiveness against hospitalization for BA.4 or BA.5 as compared to BA.2.”

The researchers said that the presence of unconfirmed infections among the “uninfected” group may have skewed the current study’s findings.

However, further analysis showed that adding in the unreported cases “led to a slight increase in the effectiveness of protection for BA.1 and BA.2.”

The study also did not account for factors such as lifestyles or occupations that put regularly place people at higher risk of infection.

Dr. Graça and his colleagues also feel that future studies with longer follow-ups will be needed to confirm the extent of immunity waning with hybrid immunity.

, pediatrician and chief scientist at the World Health Organization (WHO), said in an August 2022 podcast that developing variant-adapted vaccines may put scientists “in a situation of playing ‘catch-up’, because you would start developing a vaccine once the variant was identified. By the time you did it, six months down the line, you might have a new variant that had started circulating globally […]”

She also argued that little clinical evidence currently supports variant-adaptive vaccines over vaccines based on the original virus strain for fighting SARS-CoV-2. Consequently, “at the moment, the WHO is not recommending a switch,” she said.

Dr. Swaminathan also pointed out that “a large proportion of people” throughout the world have not yet received their first round of vaccinations.

“[…W]e will move to a variant adaptive vaccine recommendation if we find the data showing that there’s a clear advantage in either the growth of the immune response or the longevity of the immune response. However, our focus is still very much on getting those people vaccinated who still have not been […]”
— Dr. Soumya Swaminathan