More
HomeAnxietyHow to have a healthy relationship with the news

How to have a healthy relationship with the news 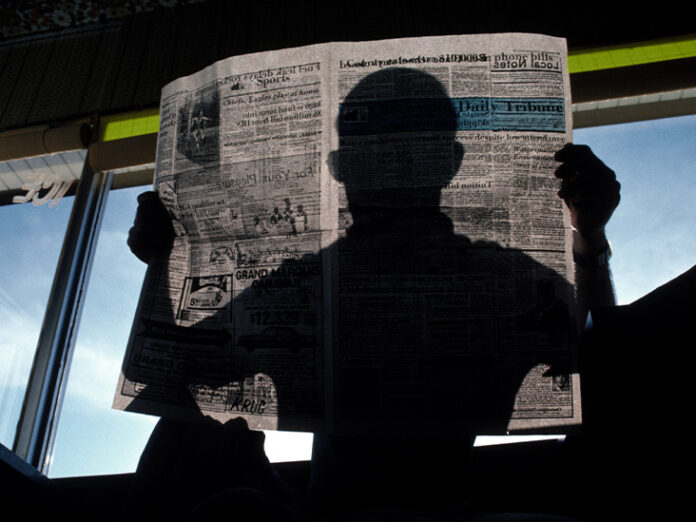 We all do it — reach for the phone first thing in the morning to check the news. And no wonder, with all that has happened in the world over the past few years. But might this habit be harming our health? Medical News Today assessed the evidence and spoke to experts to find out what we can do to prevent becoming overwhelmed by the news.

The past few years have seen many global challenges. With political upheavals in many countries, a global pandemic, and armed violence around the world, many of us feel we have to keep abreast of what is happening around us.

And, with 24-hour feeds to our smartphones, laptops, and TVs, it is easy to do so. However, that very ease of access means that avoiding those doom-laden headlines can be hard.

For many people, this is not an issue — they can read the news and move on. However, a recent study from the United States has highlighted that, for some people, an obsession with the news can impact both mental and physical health.

“The use of news as a form of emotional regulation, as a form of avoidance from life, the loss of control over how much and in what conditions and for what purposes you seek out the news, and the interference that it has in your life and the ability to rein it in. That looks, to me, very much like many forms of addictive behavior.”

The study differentiated between those who consume excessive amounts of news without it causing them any problems and those for whom news consumption was problematic.

Dr. Heather Sequeira, consultant psychologist and chartered member of The British Psychological Society, who was not involved in the study, told Medical News Today:

“Problematic news consumption may be particularly harmful because the news consistently focuses on negative and threatening issues and events. And the more extensive a crisis or disaster is, the more news attention it receives.”

Health symptoms, including stress, anxiety, sleep problems, fatigue, physical pain, poor concentration, and gastrointestinal issues are some of the symptoms reported by those who tend to become overwhelmed by the news.

Lead author Dr. Bryan McLaughlin, associate professor in the College of Media and Communication at Texas Tech University, told MNT that he and his collaborators “believe that problematic news consumption can negatively impact an individual’s mental and physical health because continuously fixating on threatening information can create chronic stress.”

“Further, focusing on threatening information can activate physiological responses in the body that increase inflammation, which can have physical repercussions,” he added.

These findings are backed up by a previous which found that, particularly in women, negative news significantly increased physiological reaction to a subsequent stressor. So, that shocking news story might have physical effects long after you have seen it.

Dr. Sequiera explained why this happens. “The mechanism is through activation of our natural physiological threat responses,” she told us.

“When we perceive something threatening, levels of our stress hormones, adrenaline and cortisol, increase. This is a normal survival mechanism that has helped us physically survive as a species for thousands of years. The same mechanism is activated when we see or hear threatening news,” she explained.

Some studies have suggested that the media’s focus on sensational news coverage of negative stories is partly to blame.

Sensationalist news content is designed to elicit an emotional response from audiences, and thereby increase viewing or reading figures. These tactics used to be restricted to mass-market tabloid newspapers, but are now increasingly widespread.

“Visual images, especially fast-moving, sensationalized images in news stories will tend to be more addictive, and people will likely feel more compelled to keep watching rather than doing something that will be healthy and useful to their mental health. I guess the difficulty is that it is in the news channels’ interests to keep people watching.”

But stories written for maximum impact may not always increase uptake. One Australian study found that people were more likely to mistrust, and therefore avoid, outlets that relied on sensationalist, or fear-invoking, headlines to attract audiences.

How we react to the news depends, to some extent, on the type of news.

According to one 2020 study, hard news covers topics such as politics, the economy, international conflicts, and social issues, which are timely, or urgent. Soft news deals with lighter, less time-sensitive topics, such as culture, entertainment, lifestyle, and celebrity news.

It is the hard news that is most likely to lead to an emotional response. Hard news, one study asserts, that “shocks, frightens, disturbs, and alarms can leave the audience feeling alienated, disempowered, helpless and, worst of all, apathetic, insensitive, and even hostile to learning about our world.”

Dr. Hayes agreed: “Some of the dangers are that you will become numb to the pain of others, or you will become cynical or depressed about what’s happening in the world. You may become detached or have a sense of objectification or dehumanization of others, the kind of ‘I don’t care, they probably deserved it’.”

One way of dealing with this may be to avoid the news, but in our interconnected world where news is available constantly and at the touch of a screen, this can be hard to do. And, experts agree it might not be the answer.

A U.S. study conducted during the first year of the COVID-19 pandemic found that this was how some people coped with the constant stream of negative news.

However, restriction of news consumption may, particularly during an ongoing crisis, lead to a lack of information about new developments.

“We certainly don’t want people to stop following the news, but we do want people to have a healthier relationship with the news. The most important thing is for people to become more aware of how consuming the news is making them feel, and the impact it is having on their day-to-day lives.”

And Dr. Hayes agreed. His suggestion was “that people consume news that is of relevance to who and how they are in the world, that is relevant to [their] values and how [they] want to be, to take the time to take the perspective of others that are in the stories and to feel what they feel.”

News that you cannot do anything about can be just as distressing as news that affects us directly, as Dr. Sequiera explained.

“Our threat mechanisms may be equally activated by seeing images of threatening things happening to other people, such as war in Ukraine, as by hearing news — the state of the economy or train strikes, etc — that threaten our comfort, status, and day-to-day life,” she told us.

“Because we cannot take any direct corrective action about things we see on the news, our minds go into rumination or worry mode. This can further exacerbate our levels of stress and anxiety leading to chronic stress. We know that chronic stress leads to mental health issues and also is associated with physical health problems,” she went on to explain.

One way of coping is to limit how often you access the news, as Dr. Sequiera advised.

“If you are finding that your mood or your thinking is low or preoccupied by the news then it is a great idea to take a break from it,” she said.

“Consider staying off all news channels or outlets for 3 or 4 days and see how this changes your mood and thinking. Then, try doing something to replace this such as going for a walk with a friend or reading a book,” suggested Dr. Sequeira.

Or it can help to do something, however small, about the news you are hearing. If constant news coverage of an issue makes you angry or anxious, perhaps the answer is to get involved and do something positive.

“Because we tend to get more traumatized by events where we cannot take any action, it might help to do one small thing that could make a difference — e.g. a donation to a relevant charity — and remind yourself that you have done something small to help.”

Following the United Kingdom government’s controversial policy announcement about sending some asylum seekers to Rwanda, Kate, a mother of three from Bristol, told MNT she did just that.

“I was so angry about what I thought was an utterly inhumane policy that I found a local charity that helps asylum seekers, where I now volunteer each week,” she told us.

“I realize that I’m not making a big difference, but I feel that doing something, however small, is a lot more useful than just getting cross,” said Kate.

It is all too easy to get caught up in the constant spiral of bad news, so it is important to notice the good news stories too, and to remember that knowing what is going on in the world has its advantages.

“We’ve actually made progress, for all the horrors that we’re seeing,” said Dr. Hayes. Even though this may be difficult to believe, he noted that “[t]here’s less violence in the world now than there’s ever been, there’s less poverty, there’s less starvation.”

And, in his opinion, “it’s because people can see what’s going on around the world.”