From ‘Rottweiler’ to Queen Consort, Camilla’s rise from shadow of Diana 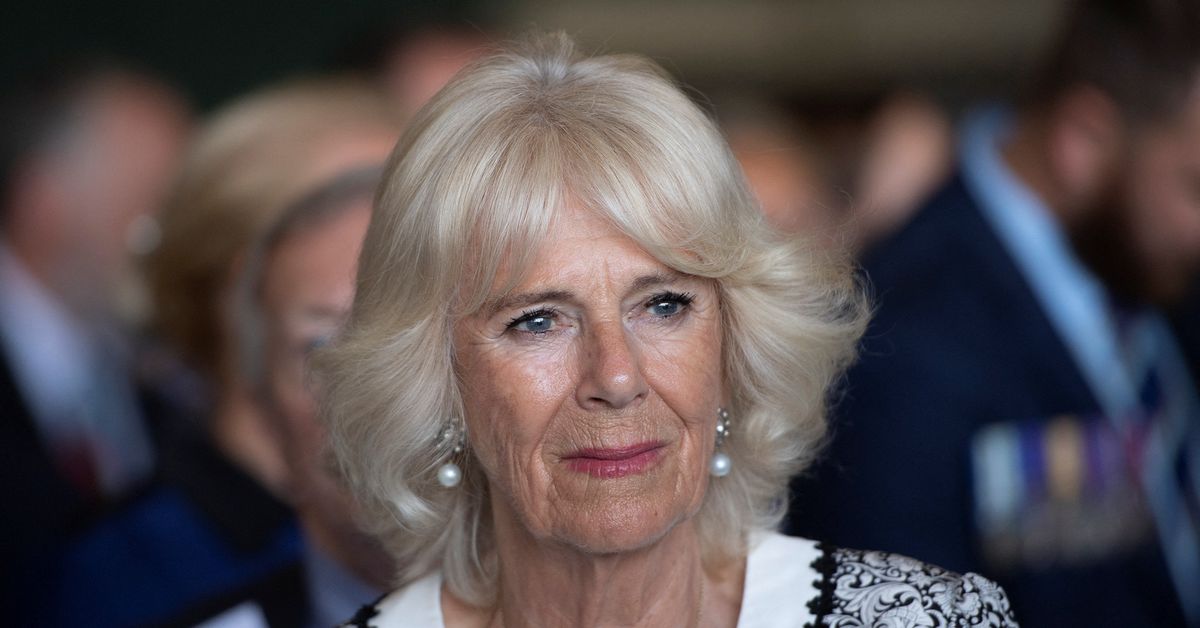 Previous articleUK’s Boris Johnson: ‘This is our country’s saddest day’
Next articleFactbox: The scandals of Queen Elizabeth’s reign
- ADVERTISEMENT -
Advertisements

LONDON, Sept 8 (Reuters) – Once called a “Rottweiler” by the woman she replaced, Camilla, the second wife of the new British king, Charles, may never have fully won over the public but she is now Queen Consort, holding a title few would have thought conceivable 25 years ago.

When Charles’s first wife, the popular, glamorous Princess Diana, died aged 36 in a car crash in Paris in 1997, Camilla was depicted by the media as the most hated woman in Britain, someone who could never marry Charles, let alone become queen.

Charles and Diana separated in 1992 and divorced in 1996. Diana had blamed Camilla, often portrayed as staid and dowdy, for wrecking her marriage and the now 75-year-old Camilla has perennially been compared with Charles’s photogenic first wife.

But Charles and Camilla did marry in 2005, and since then she has come to be recognised, albeit grudgingly by some, as a key member of the royal family, whose calming effect on her husband has helped him deal with his role.

“I’d suffer anything for you. That’s love. That’s the strength of love,” Camilla told Charles in a secretly recorded telephone conversation publicised in 1993.

Any lingering doubts about her future status were finally dispelled on the 70th anniversary of Queen Elizabeth’s accession to the throne, in February this year, when Elizabeth gave her blessing to Camilla taking the title Queen Consort, saying it was her “sincere wish” that she do so.

“As we have sought together to serve and support Her Majesty and the people of our communities, my darling wife has been my own steadfast support throughout,” Charles said at the time.

Born Camilla Shand in 1947 into an affluent family – her father was an army major and wine merchant who married an aristocrat – she grew up on a country estate and was educated in London before going to the Mon Fertile finishing school in Switzerland and then the Institut Britannique in France.

She moved in social circles that brought her into contact with Charles, who she met on a windswept polo field in the early 1970s.

“His world turned upside down and I don’t think he ever really recovered from it,” said Christopher Wilson, author of a book on the couple’s relationship.

Legend has it that in the early days, Camilla flirtatiously reminded Charles that her great-grandmother, Alice Keppel, was long-standing mistress to a previous Prince of Wales who became King Edward VII. She then apparently said: “So how about it?”

The pair dated for a time and biographer Jonathan Dimbleby said Charles had contemplated marriage at the time, but felt too young to take such a major step.

As he dedicated himself to his naval career, Camilla went on to marry a cavalry officer, Brigadier Andrew Parker Bowles. The couple had two children, Tom and Laura. They divorced in 1995.

‘THREE OF US IN THIS MARRIAGE’

Charles himself married 20-year-old Diana in a wedding in 1981 that enchanted not just Britain but the world. However, despite having two children, William and Harry, the relationship turned sour a few years later and the prince rekindled his romance with his former lover.

The depth of their relationship was exposed to a shocked public in 1993 when a transcript of a secretly recorded private conversation was published in newspapers, with intimate details such as the prince declaring a wish to live inside Parker Bowles’ trousers and be reincarnated as a tampon.

“Your great achievement is to love me,” he said. “Oh darling, easier than falling off a chair,” she replied.

In a famous TV interview the following year, Charles admitted he had resumed their affair less than six years after marrying Diana, but said it was only after their marriage had irretrievably broken down.

However, Diana dubbed Camilla “the Rottweiler” and blamed her for the break-up. As her relationship with Charles collapsed, she remarked in a 1995 TV interview: “There were three of us in this marriage – so it was a bit crowded.”

While Diana brought glamour to the stuffy House of Windsor with her glittering gowns, many Britons could not understand why Charles would prefer the country-loving Camilla, usually pictured wearing a scarf and green waterproof riding coat.

“Charles was silly to risk everything with Camilla for a man in his position,” Prince Philip, Elizabeth’s husband, said in a letter to Diana. “I cannot imagine anyone in their right mind leaving you for Camilla.”

However, those close to Charles say Camilla provided him with an escape from his strict royal duties and palace upbringing, like no one else did.

After the breakdown of his marriage to Diana, he was said to have bought her a diamond ring and a horse and sent her daily bunches of red roses.

“That they loved each other was not in any doubt: in Camilla Parker Bowles, the prince found the warmth, the understanding and the steadiness for which he had always longed and had never been able to find with any other person,” Dimbleby wrote in his authorised biography.

“Their relationship … was later to be portrayed merely as a tawdry affair. For the prince, however, it was a vital source of strength to a man who had been saddened beyond words by a failure for which he invariably blamed himself.”

The couple’s first public appearance together came at a birthday party for Camilla’s sister at London’s Ritz hotel in 1999 and by 2005 they were able to get married.

In the years since, criticism in the press has all but dried up as she became a firmly established member of the family, and royal watchers say her mischievous sense of humour has helped win over those who meet her.

“They seem to be a couple very happy in each other’s company,” Simon Lewis, the queen’s communications secretary from 1998 to 2001, told Reuters.

“That period when I was at the palace, there was all the speculation about their relationship, what was going to happen – that’s all been dealt with, that’s all finished and I think (they are) actually a couple very happy in their own skins.”

When the royal car carrying the couple was caught up in violence in London in 2010 following protests by students and Camilla was reportedly poked with a stick through an open window, papers praised her stoicism when she later joked: “There’s a first time for everything.”

In 2013, she joined her husband for the state opening of parliament, an occasion of great pomp, sitting next to Charles, the queen and Prince Philip and wearing the tiara belonging to the queen’s mother.

Public relations experts say it was the result of much hard and careful work by the prince’s publicity team, although aides said it was mainly due to Camilla’s own personality.

“I think in the case of the duchess it’s been simply people have got to know her better and they’ve liked what they’ve seen and heard about her,” a former senior palace aide told Reuters.

“It is not an overt PR campaign to make her look good. It is her doing her job really well.”

Asked how Camilla had coped with carving out a role, Charles himself told CNN in 2015: “You can imagine it is a real challenge, but I think she’s been brilliant in the way she’s tackled these things.”

Tabloid newspapers that were once highly critical now lavish praise on her.

“No one pretends it was easy for the Duchess of Cornwall to follow Diana. But with quiet dignity, easy humour and visible compassion, she has risen to the challenge. She is, quite simply, Charles’s rock,” the Daily Mail wrote in its editorial in Feb. 2022.

The same paper, almost 17 years to the day earlier when Charles and Camilla announced their engagement, had said: “So is the public now in a mood to forgive the shabby way Diana was treated? … Where they are wrong, however, is in allowing Camilla to be known as Her Royal Highness – the very title so ruthlessly stripped from Diana after her divorce.”

According to a regular YouGov poll tracker, in May 2022, just 20% of respondents thought she should be queen while 39% thought she should receive the title of princess consort. However, a poll for the Daily Mail after the queen backed her becoming Queen Consort suggested that 55% supported that move compared to 28% who were opposed.

While many Britons have been unforgiving about any role she played in the break-up of Charles and Diana’s marriage, Prince Harry indicated this was not the case with him and his older brother.

“To be honest with you, she’s always been very close to me and William,” Harry said in an interview to mark his 21st birthday in 2005. “She’s not the wicked stepmother.”