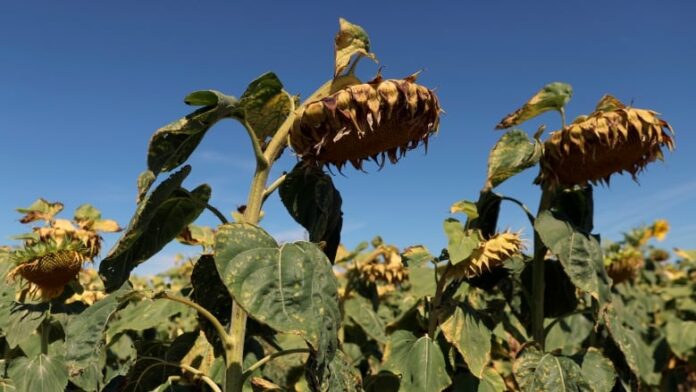 Previous articleInternational aid for Pakistan flood relief should not be seen as charity, expert says
Next articleSteve Bannon pleads not guilty to charges related to fundraising for Trump’s border wall
- ADVERTISEMENT -
Advertisements

Europe smashed previous temperature records this summer, with long periods of sunshine causing sweltering conditions and droughts across much of the continent while also helping boost much-needed solar power, according to data published Thursday.

The European Commission said average temperatures from June to August were 0.4 C higher on the continent this year than the previous record set in 2021. In August alone, the previous monthly record from 2018 was exceeded by 0.8 C  this year, it said.

The group said the 27-nation bloc generated 12 per cent of its electricity from solar power from May to August, up from 9 per cent during the same period last year. Solar energy narrowly topped the share provided from wind or hydropower, while coming in just below that produced from burning coal.

Ember said that without the 99.4 terrawatt hours of electricity provided by solar, the EU would have had to buy 20 billion cubic meters of gas, costing about 29 billion euros during the four-month period.

The Netherlands and Germany, not known for their sunny climates, had the highest share of electricity from solar, followed by Spain. Poland saw the biggest increase in solar power generation compared with 2018, increasing installed capacity 26-fold, the report said.

As climate change makes heat waves worse, an international project is experimenting with the idea of naming these weather events in the same way hurricanes are. However, experts have mixed opinions on whether it would be valuable.

“The solar records set this summer helped keep the lights on and reduced the EU’s now critical gas consumption, providing short-term relief to the soaring cost of energy,” its authors said.

With Europe trying to wean itself off Russian gas because of the war in Ukraine, and high fossil fuel prices expected to last for years, they urged governments to ensure that solar power use can expand further, including by removing regulatory hurdles.

The authors noted this would also help the EU achieve its climate goal, saying solar power — which provides much less electricity in the winter months — would need to increase up to nine-fold by 2035 for the bloc to meet the emissions targets set in the 2015 Paris Accord.