More
HomeBacteria'Centaurus' subvariant of Omicron: What do we know?

‘Centaurus’ subvariant of Omicron: What do we know? 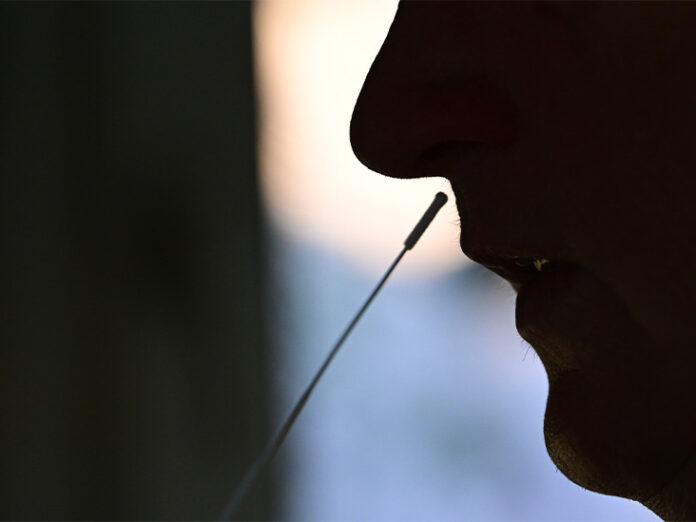 An emerging subvariant of Omicron, BA.2.7, nicknamed “Centaurus” on social media, is causing both concern and confusion among people worldwide. Why the astronomical nickname, what do we know about it, and is there really cause for worry? Here is what the data and experts have to say.

Our lives were much simpler in many ways back at the beginning of 2020. We only had one variant of SARS-CoV-2, the wildtype, and we had no idea what the COVID-19 pandemic had in store for us.

When scientists started detecting new variants of interest or concern, they initially nicknamed them after the places they had emerged in.

The World Health Organization (WHO) made efforts to variants with names from the Greek alphabet in an attempt to curb racist and xenophobic associations, such as those seen when SARS-CoV-2, the virus that causes COVID-19, was first detected in China.

The current dominant variant in countries around the world is the variant. However, a number of subvariants have been detected within the Omicron lineage in recent months.

One of those, named BA.2.75 in the Pangeo lineage system used by virologists and the WHO, has been nicknamed Centaurus on the back of a single Tweet, which caught on unexpectedly well.

Many people and headlines are now referring to the Centaurus variant in much the same way as they referred to the Delta and Beta variants, as though it were its official name.

The has not yet designated BA.2.75 as a variant of concern in its own right, though it is currently monitoring it. The European Centre for Disease Prevention and Control (ECDC) designated it a “variant under monitoring” on July 7, 2022 as it has been detected in European countries including the U.K. and Germany.

Experts first detected this variant in India in May, where it was reportedly spreading more rapidly than other Omicron subvariants.

Spyros Lytras, who is a doctoral researcher in virology at the University of Glasgow Centre for Virus Research, told Medical News Today:

“I agree with the WHO’s current approach of not assigning any new [variants of concern] to the Omicron subvariants so far. The appearance of Omicron was a very significant event in the evolution of the virus and the pandemic’s progression and more such significant ‘jumps’ are expected in the future. As such, if we were to name every Omicron subvariant with a new Greek letter we’d be undermining the importance of ‘Omicron’ as a group of subvariants.”

The so-called Centaurus variant is not the first Omicron subvariant to be detected, nor is it the only subvariant being monitored at the moment.

BA.4 and BA.5 and others are also Omicron subvariants that are closely monitored by public health organizations, and a study in Nature, published as an unedited manuscript, showed that they could both escape the immunity conferred from infection with the original Omicron variant, or any vaccines that might be based on it.

This emerging subvariant is so new that just 400 genomic sequences of it have been made available so far, explained Dr. Ulrich Elling, research group leader at the Institute of Molecular Biotechnology in Vienna, Austria, where he supports genomic surveillance of COVID-19.

Already experts have determined that BA.2.75 has nine mutations, eight of them new in the area of the genome coding for the spike protein, on top of the 29 BA.2 mutations already present in the variant it evolved from. As “immune evasion is the prime selective force now we should expect BA.2.75 to affect primarily immune evasion,” said Dr. Elling.

Very little has yet been published on the variant, though one team in Beijing has investigated what the individual effects of each of the mutations could be and shared a preprint of some of their results.

Dr. Elling said: “What the data indicate is that BA.2.75 is particularly suited to overcome the immune protection generated by Delta while it is similar to other Omicron lineages after vaccination. However, it must be said that the data are very preliminary and based on few patients, as well as generated with pseudovirus as opposed to real BA.2.75 isolates, so we really must await further results.”

These data suggest that BA.2.75 has a higher affinity for ACE2 receptors, the receptor found in many human tissues to which the SARS-CoV-2 virus binds to gain entry to human cells and replicate.

One other study whose findings were shared as a preprint by a team in Japan, generated pseudoviruses harboring the spike proteins of BA.2.75, BA.4, BA.5 and BA.2, and exposed them to monoclonal antibodies that are used as a treatment for people with COVID-19, but which would be less effective if the variant was able to escape the antibodies present in it.

Lytras noted about this that “[s]ome preliminary lab results do suggest that BA.2.75 has a slightly different immune escape phenotype to BA.4 and BA.5, but I do not think that there’s enough experimental or epidemiological evidence yet to support that BA.2.75 is — or will be — a cause for concern.”

According to a study published in in September 2022, antibodies from current COVID-19 vaccines or previous infection with SARS-CoV-2 are most likely effective in preventing severe symptoms from infection with the BA.2.75 subvariant of the virus.

The researchers who conducted the study found that BA.2.75 is about as susceptible to antibodies formed in response to SARS-CoV-2 as BA.5.

“Our study shows that Omicron BA.2.75 has approximately the same level of resistance to antibodies as the dominant variant BA.5, which is reassuring news if we were to suffer a BA.2.75 wave in Sweden,” says the study’s senior author Dr. Benjamin Murrell, assistant professor in the Department of Microbiology, Tumor and Cell Biology at Karolinska Institutet.

The current level of testing is also too low to be able to tell if the BA.2.75 variant would become the dominant variant in the next wave, Dr. Elling told MNT.

“Anyway, the big open question is if we will remain in the Omicron clade this winter or if an old variant makes a revival,” he noted.

“Delta is still detected, for example, and as we know [the] virus remains hidden in immune suppressed patients for more than a year before it resurfaces as a new variant. A year ago there was Delta all over, no Omicron,” he pointed out, so making predictions about what the dominant variant may be in the future is not an easy task.