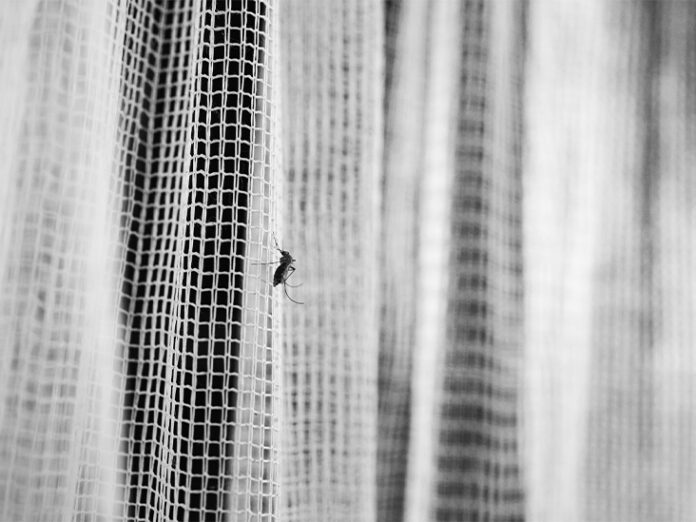 Previous articleBlue light exposure may accelerate aging, a fruit fly study finds
Next articleIs there a link between your blood type and risk of stroke?
- ADVERTISEMENT -
Advertisements

A number of viruses, such as Zika and West Nile, can spread through bites by mosquitoes that carry them. Medical News Today spoke with experts to find if mosquitoes could also carry and transmit the SARS-CoV-2 virus that causes COVID-19.

Zika, dengue, and West Nile are viruses that spread through bites by .

Because a number of viruses can be transmitted through mosquito bites, people may wonder if the SARS-CoV-2 virus that causes COVID-19 can also circulate this way.

Medical News Today spoke to a variety of experts to find out if mosquitoes can transmit the SARS-CoV-2 virus. And if they do not now, is there potential for them to do so in the future?

The answer is “no,” according to Dr. Daniel Markowski, technical advisor for the American Mosquito Control Association.

“There is no evidence that mosquitoes can acquire and transmit the SARS-CoV-2 virus,” he told MNT.

In order to understand the mechanisms that prevent mosquitoes from carrying and spreading the SARS-CoV-2 virus, Dr. Markowski explained it is important to understand how mosquitoes transmit , or viral particles.

“Typically, the mosquito must first feed on an infected host, that is circulating enough virus in their blood to have some present in the small amount taken during a mosquito’s blood meal,” he explained.

“Secondly, the virus must survive the insect’s midgut, which has a host of immune responses similar to our own. Not only must they survive inside the mosquito’s midgut, they need to replicate and ultimately bind to receptor sites on the wall of the midgut and pass through that barrier into the mosquito’s body cavity,” Dr. Markowski added.

Once inside the body cavity, Dr. Markowski explained that the virus needs to get past the mosquito’s immune system and make its way into the insect’s salivary glands, all while continuing to replicate.

“Now with the next blood meal, they can be passed to a new host while the mosquito feeds,” he continued. “As you can see, it’s a fairly long and complex journey each virus makes to go from one host to the next via a mosquito bite. And not many viruses have evolved over the millennia to successfully complete that journey, which is why many viruses such as flu, coronavirus, and monkeypox are not mosquito-borne viruses.”

In July 2022, a team of researchers including Dr. Stephen Higgs, associate vice president for research and director of the Biosecurity Research Institute at Kansas State University, that found that even under extreme conditions, the SARS-CoV-2 virus did not replicate in mosquitoes.

Because of this, the researchers stated, mosquitoes would be unable to transmit the virus to people even if the mosquito fed upon someone infected with the SARS-CoV-2 virus.

“What we did in our original paper was to inject SARS-CoV-2 into mosquitoes. We know that by using this approach you can sometimes infect a resistant mosquito with a virus that would not normally infect it. Even with that unnatural approach SARS-COV-2 did not infect and multiply in the mosquitoes,” he noted.

We asked Dr. Higgs whether, with the emergence of new SARS-CoV-2 variants, due to mutations within the virus, mosquitoes might ever come to carry it.

“I really do not think so because I do not think that these changes could turn a non-mosquito infecting virus into one that could infect a mosquito,” he told us.

“Years ago we proved that just one amino acid change of chikungunya virus could make it more infectious to mosquitoes, but that was for a virus that already infected mosquitoes,” he explained.

Dr. Markowski was slightly more cautious in his prediction, but he agreed with Dr. Higgs, by and large:

“As soon as you say something can never happen — it probably will! However, I think it’s highly unlikely that mosquitoes could transmit the SAR-CoV-2 virus in the future. The number of mutations that would have to occur to allow this process, would make it statistically improbable. If there were evidence of this truly being possible, I think we would have seen it long ago with other viruses, such as influenza, polio, etc.”

In June 2022, researchers from the University of Connecticut found that some viruses, such as Zika and dengue, can the skin odor of the person infected with them.

This makes them more attractive to mosquitoes, luring the insects to bite them, become infected, and potentially transmit the virus to other people.

“Some studies have shown that COVID-19 patients release a distinctive mixture of molecules,” said Dr. Penghua Wang, assistant professor in the Department of Immunology at the University of Connecticut and part of the research team.

“Some of these compounds could be mosquito repellents, while some could be attractants. We don’t know for sure that COVID-19 patients could attract more mosquitoes to spread other mosquito-borne viruses. To the best of my knowledge, there is no such a formal study available, though I have heard from a few readers [of news about my article] saying so [that COVID-19 attracts mosquitoes].”

“The reason being that those mosquito-transmitted viruses have evolved with mosquitoes and people and through that evolutionary process developed strategies — like affecting the bacterial fauna of infected hosts — to aid in their survival. SARS-CoV-2 and other viruses that are not transmissible by mosquitoes would be highly unlikely to have those evolutionary advantages,” he told us.

Dr. Markowski said that the best way to prevent mosquito bites while enjoying the outdoors is to wear a personal repellent.

“There are several types of repellents available on the market,” he noted. “To determine which one you’d prefer, you’ll need to read the label and select the proper active ingredient.”

“Typically a higher concentration of the active ingredient means a longer protection period from mosquito bites. However, for DEET it is not recommended to use any more than 30% DEET,” said Dr. Markowski.

In addition to using a mosquito repellent, Dr. Higgs suggested covering up bare arms and legs so there is less skin for mosquitoes to feed. He also advised avoiding going to places where there are lots of mosquitoes or being out at times when they are biting, such as summer evenings.

“If you live in an area that has lots of mosquitoes then try to eliminate the places where they may breed, especially close to the house or even in the house — plant pots with water, old tires, and other things where water can collect,” Dr. Higgs added. “To stop mosquitoes coming into the house, make sure that you have window screens.”