Who Was Frida Kahlo? 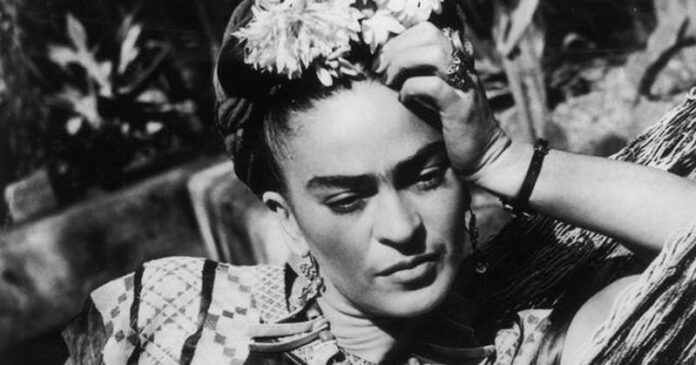 Mexican artist Frida Kahlo (1907–1954), wearing a folk costume and flowers in her hair, leans her head on her hand while lying in a hammock, c. 1950. (Hulton Archive/Getty Images)

She Wanted To Be A Doctor

Renowned artist Frida Kahlo was born in 1907 in Mexico City to a Mexican mother and German father who had immigrated to Mexico in the late 1800s to work as a photographer. Despite the appreciation for the arts instilled in her upbringing, Kahlo originally set her sights on becoming a doctor and was one of the few women accepted to the prestigious National Preparatory School, where she studied biology and science.

But She Had A Lot Of Medical Problems

Much of Kahlo’s distinctive art style stems from her complicated and, at times, harrowing relationship with her own body. It all began when she was six years old and contracted polio, which hindered her physical development and left her right leg shorter and smaller than her left. Then, at age 18, the course of Kahlo’s life changed completely thanks to a lost umbrella. Heading home from school, she and a friend initially boarded a street bus, but after realizing she’d left her umbrella behind, they decided to turn back and wait for the next one.

They were forced to sit in the back of the crowded bus, which likely saved their lives, as a streetcar slammed into the side of the bus, killing many on board. A long metal handrail pierced Kahlo through the pelvis, her spine broke in three places, her right leg was all but shattered, and her collarbone was fractured. Her recovery was long and arduous, and she never fully healed. The ongoing pain and complications from her injuries deeply affected both her art and her life.