More
HomeTrendingWho Got There First? Peary, Cook, And The Search For The North...

Who Got There First? Peary, Cook, And The Search For The North Pole 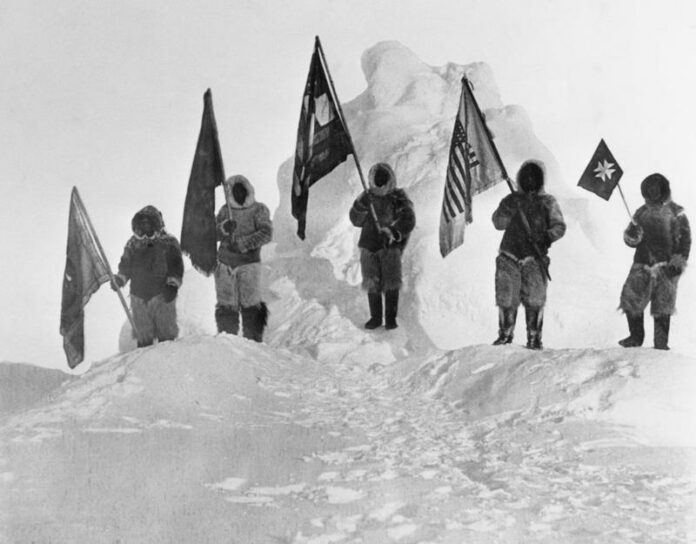 It has long been debated whether Robert Peary or Frederick Cook led the first successful expedition to the North Pole, even among the men themselves. The two were actually friends and shipmates for a time after Cook answered Peary’s call for a physician volunteer on his 1891 expedition to Greenland, where Cook even set Peary’s broken leg. However, the ambitious and fame-seeking Peary clashed with the more adventure-minded Cook, and in the end, both wrote bestselling books about being the first man to reach the North Pole.

Robert Peary left New York City for the North Pole in July 1908 with a team of 22 men, hiring a handful of Inuits to assist in the journey later on. He had failed twice to reach that global summit, and he was feeling the pressure from his important financial supporters, which included the National Geographic Society and the New York Times. Using a sextant, a device sailors use to chart their location based on the position of the sun, Peary guided his team northward, keeping careful notes of their latitudinal positions, though his records get murkier as he closed in on the Pole.

When they were an estimated three miles from the North Pole, Peary left all but five of his men at a base camp. On April 6, 1909, he recorded in his journal that he’d reached the North Pole, but one of his men recalls him saying, “I do not suppose that we can swear that we are exactly at the Pole.” He added that Peary refused to share his sextant reading before he planted his flag on the ice, and later reviews of his notes indicate that Peary knew he likely missed his target.