More
HomeTrendingWeird Things Happened During The New Madrid Earthquake Of 1811

Weird Things Happened During The New Madrid Earthquake Of 1811 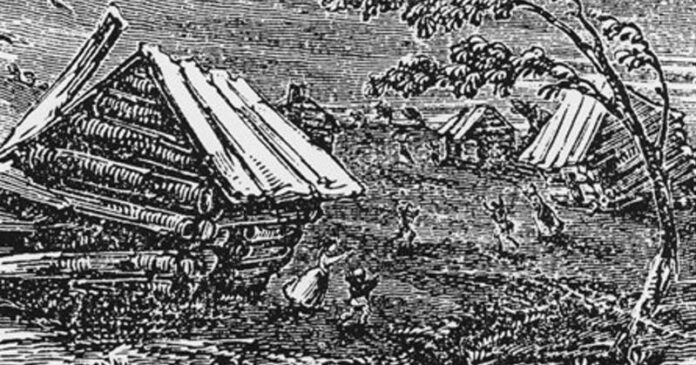 Previous articleThe Exploited Life Of Joice Heth
Next articleWho Got There First? Peary, Cook, And The Search For The North Pole
- ADVERTISEMENT -
Advertisements

Starting on December 16, 1811, the region of New Madrid in the Louisiana Territory (what is today Missouri) was rocked with powerful seismic activity. The earthquakes, which ranked between 7.8 and 8.8 on the Richter scale, were some of the biggest quakes in U.S. history and the longest-lasting of all time. With all that shaking going on, a lot of weird stuff started happening.

The earth literally opened up in numerous places across the New Madrid region, causing deep fissures up to five miles long, which made travel from one area to another really inconvenient for some time. People who were reported missing in the aftermath of the earthquakes were mostly assumed to have been swallowed up in these fissures. The quakes also caused sand boils, when sand and water from below the earth bubbles up to the surface, including the world’s largest sand boil, spanning one and a half miles and covering an area of 136 acres. Folks living in its vicinity, west of the town of Hayti, Missouri, referred to it as “The Beach.” Among all these geological oddities were also tiny balls of tar, ranging in size from “pellet” to “golf ball,” made of petroleum that solidified under the pressure of the earth.

The shifting of the earth also created large depressions, and water from the Mississippi River that poured into these depressions created two brand-new lakes, Tennessee’s Reelfoot Lake and Big Lake on the border between Arkansas and Missouri. The Mississippi River even changed course, flowing northward for several hours in what seismologists call a “fluvial tsunami.” The flood of water going in the wrong direction knocked out riverbanks, uprooted trees, and even created new (albeit temporary) waterfalls along the Mississippi River.