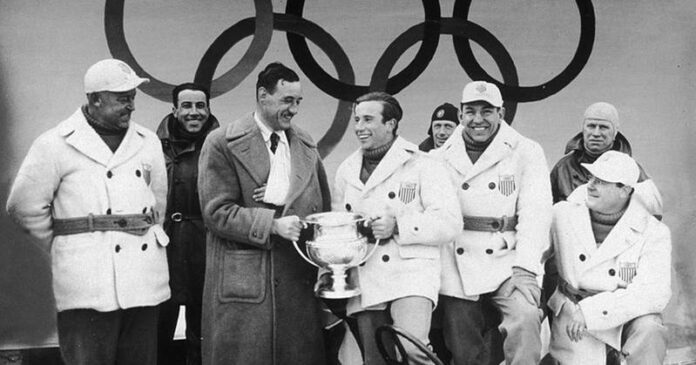 On February 3, 1932, the third Winter Olympic Games opened, marking the first time that the United States hosted a winter Olympics. The 11-day event took place in Lake Placid, New York, which seemed like an unlikely place to host an international sporting event, but a famous father-son duo had lofty goals for the mountain town.

In the late 1800s, Lake Placid was a typical upstate ore-town with a splendid lake and some pretty mountains, but within a few years, it was “discovered” by the wealthy elite, who turned the area into their retreat away from the city. It was initially a summer playground for the rich, but in 1895, Melvin Dewey, the renowned librarian who developed the organizational system named after him, founded the Placid Park Club to introduce skiing, sledding, and ice-skating opportunities to the area to attract folks in the winter months. Dewey even helped the town incorporate into an official village and suggested the name Lake Placid.

In the mid-1920s, Dewey’s son, Godfrey, who’d helped his father design much of the winter sports facilities, was determined for Lake Placid to host a Winter Olympic Games. After traveling to Switzerland to meet with the International Olympic Committee, he learned that to be considered as a viable candidate, Lake Placid would need to garner support from the local and state government and strike a better deal than Denver and Yosemite Valley, who were both in the running to host the 1932 Winter Olympics.