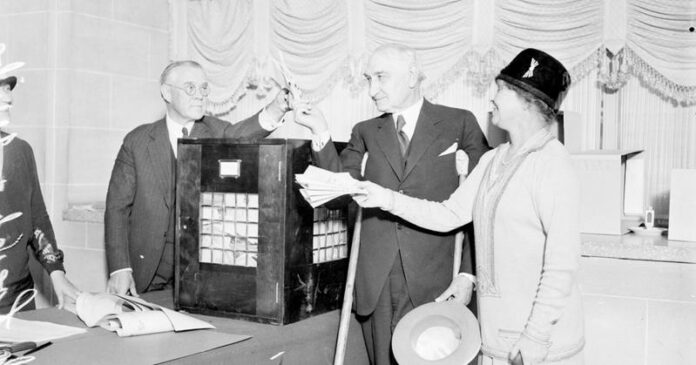 The End Of An Empire

As Election Day approached, it was feared that both Big Bill’s and Deneen’s men would prevent each other’s followers from casting their votes by any means necessary, so the federal government sent 500 federal marshals into Chicago to keep the peace. The Illinois Supreme Court pulled an additional 3,000 people from the state’s bar association, deputized them, and sent them into the city to serve as poll watchers.

Despite these measures, a candidate for the 20th ward committee, Octavius Granady, was run down and shot while in his car, a bailiff was shot and wounded during a separate attack, and much of the Windy City was too scared by these incidents and the whole grenade thing to turn out at all. Whatever the cause, those who did manage to cast their votes overwhelmingly supported Deneen’s candidates in all three key races, marking the end of Big Bill Thompson’s political empire.

After the Pineapple Primary, people were just plain sick of the violence and corruption surrounding Chicago-area elections. The head of the Chicago Crime Commission, Frank Loesch, paid a visit to Capone ahead of the general election, begging him to let the city vote without fear. Capone allegedly responded, “Alright, I’ll have the cops send over squad cars the night before the election, jug all them hoodlums, and keep ’em in the cooler until the poll close.” Capone kept his word, and the 1928 Chicago general election has gone down in history as the cleanest election in the city’s history.