The Bizarre Christmas Marketing Stunt That Made Tinker Toys A Hit 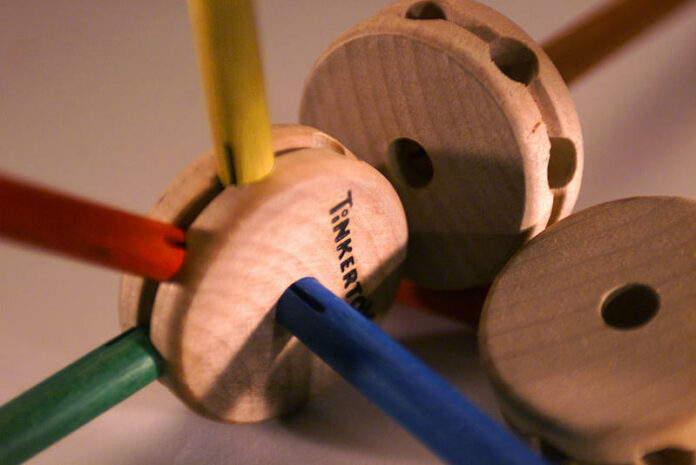 Like Lincoln Logs, Tinker Toys were popular because they allowed children to express their unlimited creativity, but unlike those cabin beams, they weren’t an instant success. In fact, the toy’s creators could barely give them away. Undeterred, they came up with a clever marketing stunt ahead of Christmas 1915 that would raise some eyebrows today but resulted in millions of sales.

In the early 1900s, Charles Pajeau, a stonemason by trade who was living in Evanston, Illinois, observed a group of kids playing with discarded spools of thread on his morning walk to work, inserting pencils into the holes of the spools to build tall towers. He marveled at their ingenuity, but he could see they were frustrated by the limitations of the spools. Drawing on his background as a stonemason, Pajeau added more holes around the circumference of his wooden spools so the rods could form 45- and 90-degree angles.

He had his idea but nowhere to start until he happened to sit next to Robert Pettit, a trader with the Chicago Board of Trade, on a commuter train in 1913. Pajeau mentioned his idea to Pettit, and soon, the two men formed the Tinker Toy Company in Pajeau’s garage. Pajeau replaced the pencils with wooden dowels or rods of varying lengths, made the spools flatter and larger, and kept the center hole but also added eight holes around the edges of the spools.