More
HomeTrendingThe Anti-Fascist Congress of the United Front Who Were Sent To Concentration... 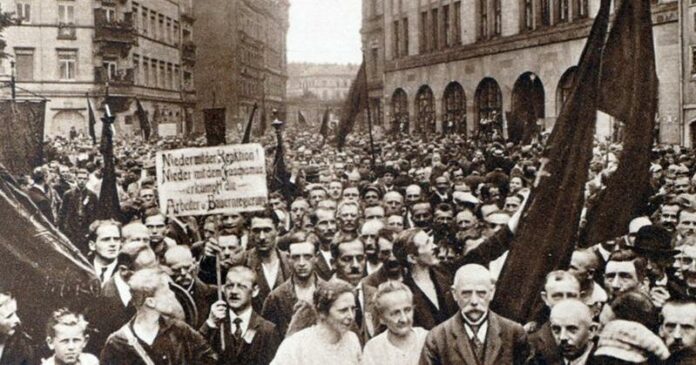 The Death And Rebirth Of Anti-Fascism

However constant the battle was between the anti-fascists and Brownshirts, it was actually Hitler himself who took the lives of the people most loyal to him. Worried that the Brownshirts were growing too chaotic and leadership in the organization was going astray, Hitler ordered the elite Schutzstaffel, or SS, soldiers to take out the Sturmabteilung on June 30, 1934. During this “Night of the Long Knives,” basically every prominent leader of the Brownshirts was killed, including Rohm, as well as hundreds of people who Hitler believed to be potential political opponents.

The SS then overtook the police and established their own methods of law enforcement, often focusing on the control and eventual capture of Jewish people, among others. After the Night of the Long Knives, Hitler’s power was all but cemented, and the only choices left to the anti-fascists were to fight, flee, or fall in line. Those who did fight were arrested and sent to the concentration camps, where they often met their horrific demise.

While Antifaschistische Aktion movement didn’t quite achieve its mission of stopping the Third Reich, anti-fascist organizations of the ’20s and ’30s still had a major cultural impact through their legacy of protests and popularization of certain iconography. For example, the raised, clenched fist has become a catch-all symbol and gesture of solidarity, usually meant to signal a stand against authoritarianism or oppression. In a practical sense, the use of a clenched fists as a rebuttal to the Nazi salute (originally Roman salute) is what led to many Berlin street fights in the first place. In a broader sense, the gesture has endured throughout the generations, most notably during the Spanish Civil War, the 1960s Black Power movement, and most recently, the Black Lives Matter protests.