More
HomeTrendingRed Emma, The Most Dangerous Woman In America, Is Deported By J....

Red Emma, The Most Dangerous Woman In America, Is Deported By J. Edgar Hoover 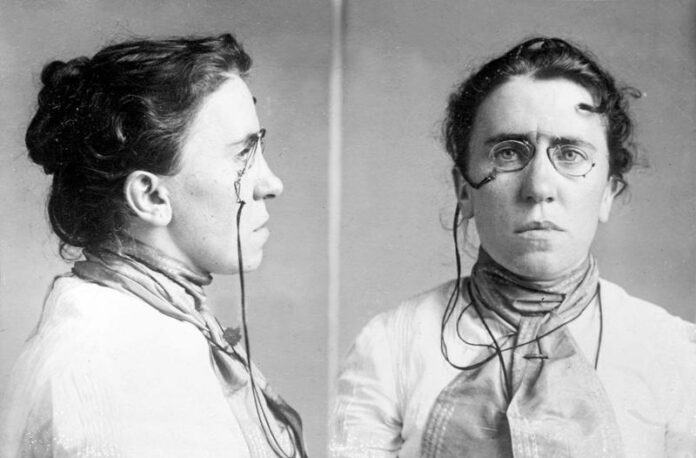 Although Goldman was not living in Chicago at the time and did not participate, she was deeply affected by the Haymarket Riot of May 4, 1886, where several labor protesters were killed by police. She moved to New York City, sought out fellow radicals, and learned to deliver passionate speeches and write persuasive editorials. She was arrested several times for inciting riots, looting, and other criminal activities. Her “anti-American” sentiments, chiefly her anti-war activism, earned her the nickname “Red Emma” and the attention of no less an authority than J. Edgar Hoover. He declared Goldman and her lover, Alexander Berkman, who had previously attempted to assassinate a prominent business manager who had mortally endangered striking workers, the two most dangerous anarchists in America.

In 1917, Goldman and Berkman were arrested for agitating against World War I, and Hoover embarked on a mission to deport her under the newly passed Anarchist Exclusion Act. During her trial, Goldman refused to speak on her own behalf, instead offering a written statement to be read to the court, lambasting the United States for silencing its own citizens. Upon her conviction and sentence of deportation, she said, “I consider it an honor to be the first political agitator to be deported from the United States.” Goldman joined more than 200 other deportees aboard the Buford, nicknamed the “Soviet Ark” for its transportation of Russian political radicals, which set sail on December 21, 1919, delivering its passengers to their destination about three and a half weeks later. Goldman remained in Russia only a few years, after which she bounced around Europe before finally settling in Canada, where she continued her work until her death in 1940.