More
HomeTrendingPiggly Wiggly: The First Supermarket That Let You Pick Out Your Own...

Piggly Wiggly: The First Supermarket That Let You Pick Out Your Own Food 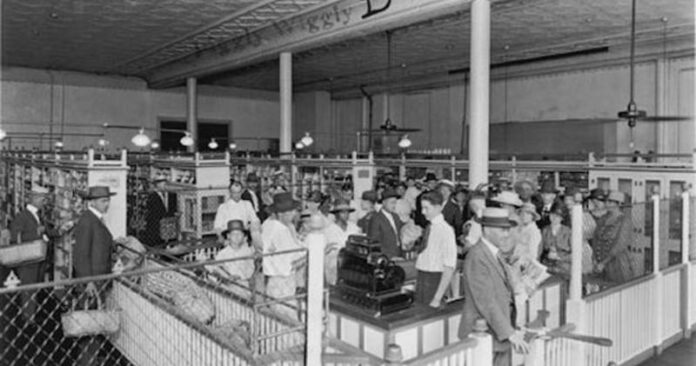 Previous articlePorvenir Massacre Of 1918: A Harrowing Night Of Racial Murder By Local Texans, US Military
Next articleHow Woodrow Wilson Planned To Hack His Own Election For The Good Of The American People
- ADVERTISEMENT -
Advertisements

Going to the grocery store in the early 1900s was nothing like what it is today. Instead of rolling in with a cart and grabbing things off the shelves to the strains of the in-store audio system’s tasteful muzak, customers handed their shopping lists to a clerk who would collect the groceries for them. This kind of “full-service” shop was perfect for preventing theft and a premium customer experience, but it was an expensive way to do business.

In 1916, a grocery store with a silly name changed that forever. Piggly Wiggly allowed customers to stroll freely, gathering what they wanted at their leisure. Customers loved the new, lower prices of this “self-service” model, and the paradigm of the shopper-grocer relationship irrevocably shifted.

Founded on September 6, 1916 in Memphis, Tennessee, Piggly Wiggly was the first self-service grocery store in the United States. Back in those days, however, there was no social media, no television, and really, no way to get the word out about a new business without causing a scene, so that’s exactly what Clarence Saunders did. Aside from promising to host a “beauty contest,” Saunders made sure he was out in front of the doors to greet every customer and make them feel welcome. He shook everyone’s hand and gave out flowers and balloons to children while a “brass band serenaded visitors in the lobby.” This personal touch, alongside the lowest prices in town, was the key to keeping customers coming back.