More
HomeTrendingLittle Golden Books: The Plan To Get Books Into The Hands Of...

Little Golden Books: The Plan To Get Books Into The Hands Of All Kids 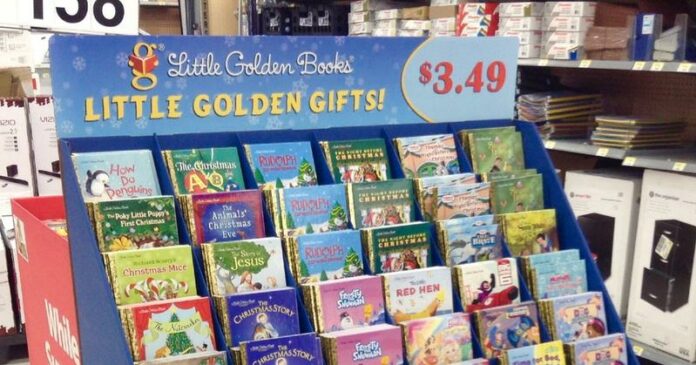 2022 marks the 80th anniversary of Little Golden Books, those beloved stories we all read in the laps of our grownups as children. While these books may seem like a timeless symbol of youth, they were the 1942 brainchild of a publisher named Georges Duplaix who wanted to make books more accessible to economically struggling families.

Throughout the 1930s, the illiteracy rate in the United States hovered close to 5%, but that number was about four times higher for impoverished and minority groups. One of the reasons was that children’s books at the time were thick hardcover collections of stories that sold for about $3 each, while the average laborer earned less than 20 cents per hour. As a result, the majority of homes in the United States contained no children’s books.

In the early 1940s, Georges Duplaix, who was in charge of the Artists and Writers Guild, Inc. at the Western Publishing Company, was naturally concerned with this problem, especially because it meant less work to go around for his writers and illustrators. In his quest to make children’s books more affordable, he started by slimming them down, designing stand-alone volumes with thin cardboard covers rather than the unwieldy leather-bound collections of old. These lighter, cheaper books could be sold for just 25 cents each, but Duplaix didn’t want customers to think they were getting an inferior product, so the books’ spines were lined with gold foil, inspiring the name of the series.