More
HomeTrendingJohn Dillinger: Escape Plans, Bank Robberies, And Everything You Didn't Know About...

John Dillinger: Escape Plans, Bank Robberies, And Everything You Didn’t Know About The Famous Crook 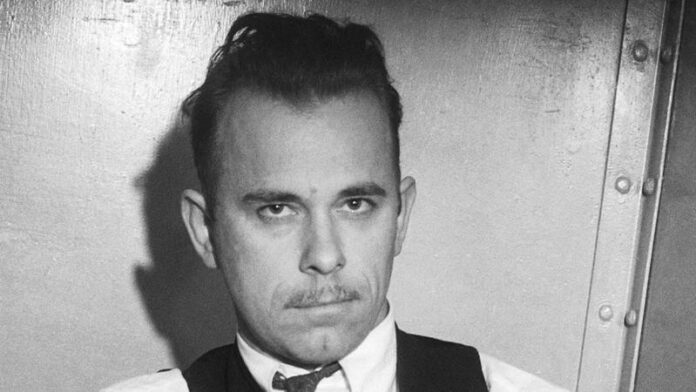 Previous articleThe Anti-Fascist Congress of the United Front Who Were Sent To Concentration Camps Soon After
Next articleMaurice Tillet: The Inspiration For Shrek Had A Condition Called Acromegaly
- ADVERTISEMENT -
Advertisements

During the Great Depression, there were no superheroes, but there was a very real Robin Hood. John Dillinger was a bank robber who led the FBI on a year-long manhunt, during which he and his “Dillinger Gang” robbed an impressive 12 banks. Every bit the antihero, Dillinger lived a life that most people only dream about, provided they have a loose sense of ethics. He escaped from prison multiple times, openly antagonized the authorities, and even robbed plural police stations. Was he a bad guy? Sure. But he made being bad look fun.

Born in 1903 in Indianapolis, Indiana, Dillinger found ways to get himself in trouble from an early age. His first arrests when he was a teenager were mostly for theft, but he also liked to fight. After he dropped out of high school, his father thought that the best thing for the family was to move out of the city to keep his son out of trouble, but that plan backfired when Dillinger was arrested for stealing a car in his new neighborhood of Mooresville, Indiana.

His first big-time arrest appeared to be the closest Dillinger got to a wake-up call because he tried out variations of a normal life for a while. He joined the Navy for a spell before deserting and even got married when he was 21, but he was an outlaw at heart and couldn’t live the life of a family man. In 1924, he and a friend named Ed Singleton decided to rob a grocery store, making off with $50 before they were apprehended one day later. Because Dillinger assaulted the grocer with a machine bolt wrapped in a sack but also carried a gun for some reason, he was sentenced to 10–20 years in prison.