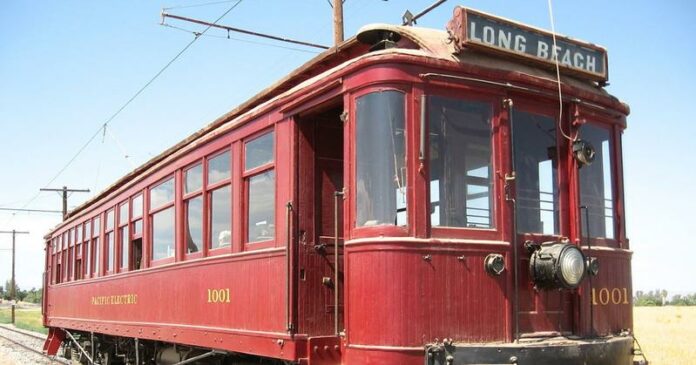 To efficiently get around Los Angeles, you have to drive a car, but it wasn’t always like that. At the turn of the 20th century, the city was speckled with the “Red Cars” of the Pacific Electric Railway Company, but by the ’60s, they had disappeared. Where did all the Red Cars go? Some people think General Motors singlehandedly took them out, but it’s a little more complicated than that.

In 1926, Los Angeles had one of the largest mass transit systems in the world. With hundreds of stops between Santa Monica and San Bernardino, it was possible to get around the entire growing sprawl for the price of a nickel without ever setting foot in a car. When the Great Depression hit, however, Pacific Electric Railway began to suffer along with everyone else. The value of a nickel fell, and the city refused to allow a fare increase. Innovations in the automobile industry as well as new, more flexible bus lines operated by the Los Angeles Railway (which also owned the Yellow Cars that roamed the tracks alongside their red counterparts) meant Pacific Electric was hemorrhaging customers.

The opposite should have happened, as the population of Los Angeles County swelled from fewer than 200,000 to more than 2 million between 1900 and 1930, but as the city expanded to accommodate all these new people, trolley lines did not. There was a brief uptick in Red Car riders during World War II, when rationing was in full effect and Angelenos were conserving gas, but once the fighting was over, more cars crowded the road than ever before. “Crowded” is an apt descriptor: Cars drove the same lanes as trolleys, so as more cars entered the fray, trolley serviced slowed immensely.