More
HomeTrendingHow The New York City Subway Came To Be

How The New York City Subway Came To Be 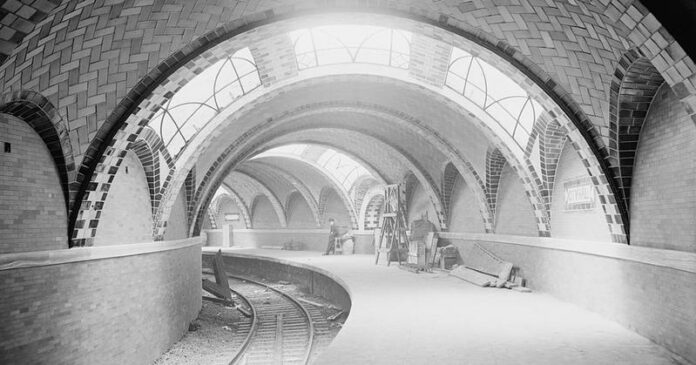 Today, there are numerous means of building an underground subway system, such as giant tunnel-boring machines, conveyor systems to remove dirt, and concrete tunnel liners that speed up production without disrupting life above ground. That wasn’t the case in the 1890s, when the I.R.T.C. used open excavation to dig beneath the city. Moving around ground water, rock formations, and the canal from which Canal Street gets its name, crews drilled at night and then blasted the rocks with dynamite early in the morning, a decision that damaged multiple homes during the early stages of the subway’s construction. After the A.M. detonations, midday crews removed debris in mule carts, and the whole thing started all over again.

Of course, a single subway line couldn’t serve a city as far-flung as New York. While the I.R.T.C. was in charge of the subway line that stretches from City Hall to Times Square and the lines that travel from 145th Street and Broadway, the Brooklyn Rapid Transit Company (today known as the Brooklyn-Manhattan Transit Corporation) had control of the elevated lines in Brooklyn dating back to 1876. This shouldn’t have been a big deal, but both companies wanted to be the head honcho, so B.R.T.C built their trains longer and wider so they couldn’t run on the I.R.T.C. lines. Meanwhile, the city appointed the Independent Rapid Transit Railroad to run the Eighth Avenue line in 1932, making it the first subway service actually run by the city.

Hopping between the different lines was a headache both for riders and the city, so by 1940, the city subsumed the I.R.T.C. and B.R.T.C. and began a unification project that closed many of Brooklyn’s elevated lines while creating easier transfer points. On June 15, 1953, the New York State Legislator created a governing body to deal specifically with public transit, initially called the New York City Transit Authority.