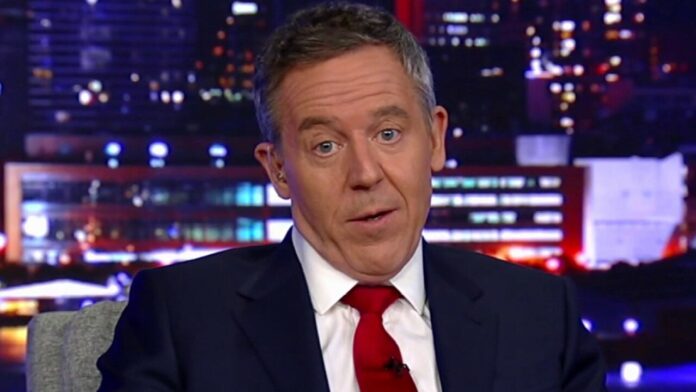 Previous articleLAURA INGRAHAM: This is sort of a reverse Robin Hood situation
Next articleLatest Trump-Biden clashes help illuminate the fascination with a queen
- ADVERTISEMENT -
Advertisements

As you know, it’s my birthday. Yes. And like  ensure, pumping through Joe Biden’s bladder, the accolades are pouring in.

And I’d like to thank everyone at Fox for all the great gifts I received. And thank you, Sean Hannity. I love the wheels, and Tucker, you know, I always wanted a Rolex. And thank you, Brian Kilmeade, But really, one of your kids? I promise I’ll take care of him.

GREG GUTFELD: THE MEDIA ERASED THE POLITICAL AFFILIATION OF AN ACCUSED KILLER WHO IS A DEMOCRAT OFFICIAL

But my biggest present of all, Brian Stelter got a job and it didn’t involve Jeffrey Toobin’s hand. Oh, yes, the unemployed Oompa Loompa was hired by Harvard to hold discussions on threats to democracy. I only hope their endowment can afford the threat to their plumbing. And to paraphrase that guy in Jaws, Harvard’s going to need a bigger toilet.

But if he gets 20 students, that’s more viewers than he had at CNN. Now when teenagers call him on his lies, he can actually fail them.

So what makes Stelter an expert qualified to teach at Harvard as opposed to, say, a stapler or a bag of loose nickels? He’s not. But they take care of their own. He was their useful idiot. His idea of a threat to democracy was just a threat to Democrats. To Bryan, those threats were you, Trump and maybe salads.

And really the only “ocracy” that threatens them is a meritocracy because based on merit, Brian would be working at Taco Bell instead of blocking their drive thru at 8 a.m., just wait like everybody else, Brian.

But you know what they say, those who can’t do, eat. No, it’s eat. So first Harvard hires de Blasio and then Stelter. So who’s next? Could it be Alec Baldwin? I mean, there is a class that will definitely need a trigger warning.

Of course, Brian’s only going to do at Harvard what he did at CNN which is push the message that you guys are dangerous, that you guys are terrorists. And he’s not alone. If you watched the liberal media yesterday on September 11th, you would have thought it was 19 members of Mar-a-Lago that flew into the Twin Towers. If only Chuck Todd could wonder, are we now as a nation battling a threat from within, a threat equal or greater than what we faced after 911?

CHUCK TODD: We’re now as a nation battling a threat from within. Is the threat equal or greater than what we faced after 911?

KAMALA HARRIS: And there’s an oath that we always take, which is to defend and uphold our Constitution against all enemies, foreign and domestic.

Oh, that’s like two yoga balls interviewing each other. And her answer was emptier than her pantsuit. What is it about pantsuits? Kamala, Hillary, Michael Jackson. When you see someone in a pantsuit, you should probably run.

THE VIEW: You really think about what the monarchy was built on, it was built on the backs of black and brown people. She wore a crown with pillaged stones from India and Africa. And now what you’re seeing, at least in the black communities that I’m a part of, they want reparations.

MSNBC: As beloved as she was, she also represented an institution that has a long and ugly legacy of brutal colonialism, violence and slavery.

Who doesn’t? So what’s this all have in common? Well, it’s an attempt to destroy any shared moment, because a shared moment competes with their political opinions. But love or hate the idea of monarchy, it’s a role that exists independent of ideology and provides a measure of calm when things get rocky. It might be nice to have that here. And maybe we do [Picture of the Kardashians] Good luck wedging those a***s onto a throne.

But England still takes this stuff seriously. Did you know that there’s a royal beekeeper, who, by tradition, was required to notify the palace hive of the Queen’s death? I guess they didn’t want them to read about it on BuzzFeed. I should have taken that out, right? Yeah, I should’ve edited that out. But it’s too late, it’s in and you guys saw it, and I’m humiliated.

Maybe America needs its own royalty, not just a president, but perhaps a king. Perhaps Piers Morgan was right and he’s an expert in British royalty. He might have the answer.

PIERS MORGAN: I keep reading that you are now the king of late-night TV. So in a way, the American monarchy now rests on your shoulders. You are the king.

I’m not sure I can handle the responsibility of being a king. As Joe Biden said, heavy are the pants that wear the crown.

But if I do become king, I have instituted a line of succession for the show in case things don’t work out.

Should anything happen to me, the new host will be Hans. He’d do great. I’ve known him for years. But if he can’t fulfill the duties, next up is Lars. He works out of my backyard. Would be a breath of fresh air. And if he fails, then you could always count on Cookie Butter. He dances downtown. It made sense earlier this afternoon.

But again, could I handle the responsibility of being king? When I was ten, my parents bought me a goldfish for my birthday and it was dead before I blew out the candles. But I know that rather than trying to split us up, it’s my role to keep us all together through laughter, humor and my good looks.

I offer all the pomp and splendor of the great royal families, but with less hemophilia. And I’ll start unifying by saying that Brian Stelter isn’t worse than Osama bin Laden. The only thing he’s ever destroyed is a Golden Corral bathroom.