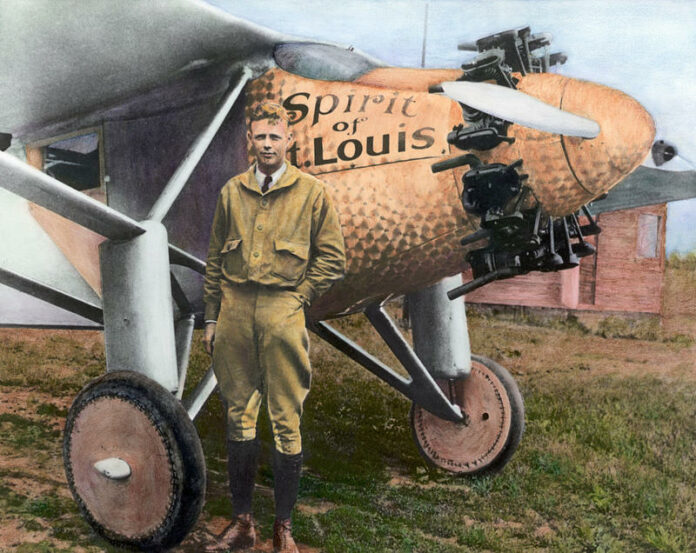 Previous articleSt. Francis Dam Disaster
Next articleThe First Federal Prison For Women Was Opened In 1928, West Virginia (And How It Went)
- ADVERTISEMENT -
Advertisements

When Lindbergh returned to his homeland, he used his celebrity to push his pro-Germany stance, suggesting that the U.S. negotiate a neutrality pact with Hitler. He also spoke out against the United States’s Lend-Lease Policy of support for the country’s allies in the war effort against Germany. Lindbergh disparaged President Roosevelt, the British, and the Jewish people, blaming the latter as instigators of the war, and Roosevelt responded in kind, calling him a “defeatist and appeaser.” In a huff, Lindbergh tendered his resignation from the Air Corps Reserve, though he returned to action later in World War II under President Eisenhower.

In the meantime, Lindbergh got cozy with the America First Committee, a national organization that opposed American involvement in the war in Europe, at Yale University in 1940. He became an official member in April 1941 and was often invited to speak at various chapters and deliver radio broadcasts on behalf of the group that often seemed like rebuttals to Roosevelt’s own radio speeches. In one memorable speech titled “Who Are the War Agitators?” on September 11, 1941, Lindbergh made openly antisemitic remarks and accused President Roosevelt of pushing the “Jewish agenda.” Lindbergh also testified before Congress in 1941 to speak out against the proposed Lend-Lease Act, again praising the German air force and insisting that no country on earth could rival them. Despite his testimony, the Lend-Lease Act passed.

Lindbergh suffered heavy backlash for his actions, being labeled a Nazi sympathizer for the rest of his life despite his continued insistence that he was pro-Germany, not pro-Nazi. That might be why, following the war, he made frequent trips back to Germany and reportedly fathered seven secret German children with three German mistresses before his death in Hawaii in 1974. No word on whether this information changed his wife’s opinion of the country.