More
HomeTrendingAbortion-Performing Doctor Is Murdered: The First Time It Made National News

Abortion-Performing Doctor Is Murdered: The First Time It Made National News 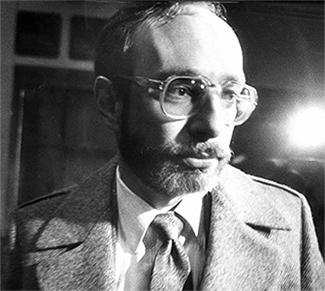 Previous articleTransformations Of Beautiful Stars From The ’90s
Next articleDeep Blue: The First Time A Computer Beat A Human Being At Chess
- ADVERTISEMENT -
Advertisements

Slepian’s death was the last straw for the feds, who started cracking down in earnest on pro-life extremists. The first up, of course, was Slepian’s suspected killer, Charles Kopp, whose car was seen near Slepian’s home on the night of the murder. Kopp was a heavy-hitter in the extreme pro-life movement who, before he turned violent, mostly served his mission with the design of complicated locks that he attached to the doors of abortion clinics. At the time of Slepian’s death, he was already under suspicion of four other attacks on doctors in New York and Canada.

Kopp was quickly placed on the F.B.I.’s Ten Most Wanted list, but with the help of other members of Army of God, a domestic terror organization, he fled to Ireland. He was finally caught in France in 2001 and extradited to the U.S. to be tried for second-degree murder. His defense argued that he only meant to wound the doctor, but he was convicted and sentenced to 25-years-to-life in prison.

The year after Slepian’s death was the first in six years that no abortion providers were murdered. In fact, it didn’t happen again until 2009, when Dr. George Tiller was shot at church in Kansas. He was wearing body armor at the time, as he had been since 1998. By then, pro-life extremists had revamped their policy on speaking ill of the dead. Even Operation Rescue, which had demonstrated outside Tiller’s clinic, expressed their condolences, telling the media on the day of the shooting, “We are shocked at this morning’s disturbing news that Mr. Tiller was gunned down. Operation Rescue has worked for years through peaceful, legal means, and through the proper channels to see him brought to justice. We denounce vigilantism and the cowardly act that took place this morning.”